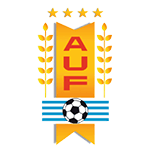 Reason For Colombia vs Uruguay Predictions

Two of the favourites to make the cut in South America’s World Cup qualification race face off in Barranquilla on Friday, when Carlos Queiroz’s Colombia take on Óscar Tabárez’s Uruguay at the Estadio Metropolitano Roberto Meléndez.

The Colombians – in third spot – have made a solid start to their campaign, following their excellent 3-0 triumph at home to Venezuela on match day one with a useful point in a tough away test at Chile (2-2) on match day two.

Uruguay meanwhile, were left shellshocked in their most recent outing in Ecuador, when they were gunned down 4-2 by their hugely impressive hosts. The result served to highlight the regression in La Celeste’s ageing defence, and with regular clean sheets now a thing of the past, Uruguay have seen both teams score in seven of their last eight assignments.

With Luis Suarez and Edinson Cavani in tow, Uruguay’s frontline is still sprinkled with plenty of stardust however, and a combination of the team’s top-class attack and creaking backline makes goals at both ends likely again when the Uruguayans travel to Colombia this week.

Alongside our both teams to score forecast, a 1-1 correct score prediction is also advised. Colombia are unbeaten in eight matches, though it’s worth noting that Los Cafeteros drew 50% of those games and hit an average of just 1.1 goals per 90 minutes along the way.

Uruguay shared the spoils in three of their last five away trips and shipped exactly one goal in four of their last six fixtures on the road overall. With those factors aligned, a 1-1 draw looks a likely outcome on Friday.