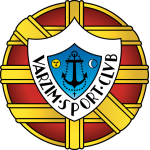 FC Porto and Both Teams To Score

Having lost the Taca de Portugal final to Sporting last season, Porto will be hoping to go one further in it this year. The competition is not the absolute priority for the side but it’s still an important title they’ll be hoping to claim and this home quarter-final against Varzim is not one the team are expecting to have any issues in.

Indeed, unbeaten in 12 games, of which they’ve won 11, Porto are in sparkling form and confidence is sky high coming into the match. That being said, a concerning aspect has crept into their game in recent outings and that’s a decrease in defensive solidarity, having now conceded a 5 times in their last 3 matches.

Varzim hoping to spring an upset

Meanwhile, this trip to the Estadio Do Dragao is likely to mark the end of Varzim’s Taca de Portugal campaign but the visitors will be trying to secure the most unlikely of wins. Currently 4th in the second tier, Varzim are having a pretty strong season but a trip to Porto represents a huge step up in quality and there can be no doubting the side are huge underdogs.

Nonetheless, having lost just 2 of their last 16 games, winning 11 times in the process, Varzim are in a good position to give the tie a real go and they certainly won’t just look to sit back and defend. The visitors have scored in 8 consecutive away games and given Porto’s recent defensive issues, we do expect them to create chances on Tuesday.

Porto clear favourites but we expect Varzim to score

Ultimately, this is a real David vs Goliath cup tie in every sense and it’s almost impossible to picture Porto not winning. Nonetheless, Varzim are an aggressive outfit, managed to score twice in their last trip to face the hosts in 2018 and we do expect them to at least land a glove on the hosts.

All things considered, backing a Porto win in combination with both teams scoring looks well worth a play as far as the betting is concerned and is something we’re more than happy to do. Porto should have far too much quality for Varzim over the 90 minutes but we fancy the visitors to score at least once, with a 3-1 margin of home victory on the cards.

Sampdoria
Free Bets & Offers
Sign Up To Our Email Newsletter