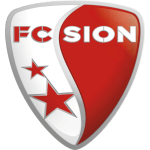 FC Zurich vs FC Sion predictions ahead of this Swiss Super League clash on Tuesday night. Can the hosts end their poor run of form with a result here? Read on for our free betting tips and predictions.

Zurich have seen their Super League form fall apart, losing each of their last four league games. They head into this clash with just one win across their last seven matches. Their 3-1 home loss to St Gallen was their seventh home defeat of the season, but things could be about to get worse in midweek.

Sion come into this clash in better form, with a five-game unbeaten run behind them. Their victory at Luzern in their last away trip has set them up for victory here, having won three of the last six meetings between these two teams.

Zurich have shipped 65 goals across the season and let in 2.25 per home game. With the hosts looking incredibly vulnerable, we think that Sion will walk away with the points. Given that over 2.5 goals has landed in every home loss for this shaky Zurich side, a 2-1 victory for the visitors is our correct score prediction.