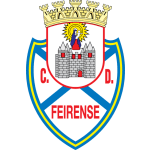 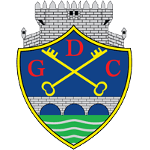 Feirense vs Chaves predictions for Thursday’s Portuguese Segunda Liga clash. Feirense and Chaves both put their unbeaten starts to the Segunda Liga season on the line on Thursday. Read on for all our free predictions and betting tips.

Reason For Feirense vs Chaves Predictions

Feirense may have continued their unbeaten start to the Portuguese Segunda Liga last time out, but a goalless draw at home to Sporting Covilha isn’t exactly what they were hoping for heading into the game.

That disappointing result saw them drop points for the first time this season, but it could well continue on Thursday as they come up against the equally in-form Chaves.

The visitors also played out a draw in their last league match to make it four games unbeaten, leaving them just a couple of points short of Feirense at this early stage of the campaign. That should put them in an optimistic mindset ahead of this match, and that will be aided by an promising recent record against their opponents.

Chaves have lost just two of their last six meetings with Feirense, and considering their fantastic start to the new season backing them to get something here looks good value. With two of their four games ending in a draw and their last one being a 1-1 stalemate, that’s our choice for a correct score prediction.