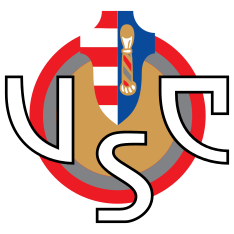 Lazio vs Cremonese predictions as these two sides clash in the Fourth Round of the Coppa Italia this week. Can the hosts continue their winning run as they defend their trophy? Read on for our latest Coppa Italia predictions and betting tips.

Reason For Lazio vs Cremonese Predictions

Lazio Out to Extend Streak

Could Lazio’s exceptional season get even better with a run in the Coppa Italia? The 2019 winners of this competition are hoping to follow that up with more silverware in 2020, as they return to cup action on Tuesday evening. The Biancocelesti are heavy favourites against Serie B’s relegation-threatened Cremonese.

The hosts are making a real push for the Scudetto this season, while they have already secured silverware in the Supercoppa Italiana. Their convincing victory over Juventus last month continued a brilliant run of form for Lazio, but will they keep their winning run alive in the easiest game they’ve faced in recent months?

Lazio have won their previous 10 Serie A matches, leaving them only four points shy of Inter Milan with a game in hand. The Biancocelesti are firmly in the title race as it stands, having shown their quality in a 3-1 victory over Juventus in Saudi Arabia to win the Italian Super Cup. That means they’re on an 11-game winning run domestically ahead of a clash with a vulnerable, second-tier side.

Meanwhile, Cremonese have fallen to fourth-bottom in the second tier, with one of the worst away records in the division. They head here in poor form – with 11 points from their last 12 in the second tier. That’s left them with a difficult task as they prepare to take on the potential champions of Italy on Tuesday.

Lazio to Show Their Class

We expect a few changes from the hosts – who are no strangers to rotation across the season. However, we do think the Coppa Italia holders will have too much on the day for Cremonese. The visitors come here with one win and five defeats from their nine away trips in the league, so Lazio should win this comfortably.

The visitors have lost by two or more goals in three of those five losses, so we can see Lazio opening up a solid margin. Cremonese’s recent trips to top-flight opposition in this competition have both been 3-0 defeats, losing at Atalanta and Hellas Verona. Now they’re facing a rampant Lazio side who have won by two goals or more in six of their seven home league wins this term.

Meanwhile, Lazio’s last two Coppa Italia campaigns have opened with 4-1 wins over lower-tier opposition, so this should be a straightforward home win. We’re going for Lazio with a -2 handicap in this clash, while a 4-1 home win is our correct score pick with Cremonese scoring in four of their last five away cup games.

Sampdoria
Free Bets & Offers
Sign Up To Our Email Newsletter