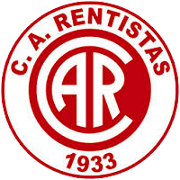 Rentistas vs Plaza Colonia predictions for Wednesday’s Uruguayan Apertura clash at the Complejo Deportivo Rentistas. Can Rentistas maintain their unbeaten start to the new campaign at Plaza Colonia’s expense? Read on for all our free predictions and betting tips.

Newly promoted Rentistas have looked right at home in the Uruguayan top-flight in the opening throes of the new campaign, and the high-flying Bicheros can draw level with Wanderers at the summit of the Apertura table with a win over Plaza Colonia this week.

Late goals from Cristian Olivera and Maximiliano Lemos helped Rentistas to a fine 3-1 triumph at a tough to crack Torque outfit in their last assignment – a result that simultaneously ended a run of four draws on the spin while allowing Alejandro Capuccio’s side to maintain their unbeaten start to the season that now stands at an impressive eight games.

In contrast, Plaza Colonia make the trip to the capital having won just once in five away matches, and having failed to register in two of their last trips, the Patas Blancas’ lack of final third fluency could hold them back again at the Complejo Deportivo.

With their confidence building win at Torque key, Rentistas are worth backing to take maximum points again at Plaza Colonia’s expense this week at the prices quoted, while our correct score prediction points towards a narrow 1-0 home victory.

Goals have been scarce for Plaza, though they conceded one or fewer goals in four of their last five away assignments. Powered by the momentum from their length unbeaten streak, Rentistas should be able to find the goal they need to win however.