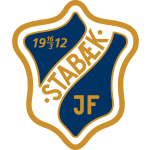 Stabaek vs Brann predictions for Monday’s Norway Eliteserien clash. Stabaek hope to end their Eliteserien winless streak when they host Brann on Monday evening. Read on for all our free predictions and betting tips.

It was yet another day of frustration for Stabaek last week as they let a two goal lead slip at Viking, falling behind in the second half only to secure a late equaliser in a 3-3 thriller.

While a point was gained, you can’t help but demand better from a 2-0 lead and the hosts are now without a win in five Eliteserien matches. In fairness, Stabaek have only lost four times in 14 league games this season, but their 7th place standing illustrates their difficult in winning games.

Brann sit just below their opponents in 8th, and like them they are struggling to find points right now. They have won just one of their last seven games and haven’t kept a clean sheet in nine attempts, and they face a Stabaek side that have scored in ten of their 14 matches this term.

That being said, Stabaek have conceded in ten of these fixtures too, and with Brann scoring in five of their last six a both teams to score bet is attractive.

Both of these teams are really struggling to find victories right now, and with Stabaek drawing six of their 14 matches, including four of their last seven, this season another stalemate is likely. Both have played out 2-2 draws in their respective home and away games this term, and we think another is on the cards here for our correct score prediction.