Turkey’s hopes of making the last 16 at this competition look basically over, given they have a -5 goal difference and zero points. They need a massive turnaround in their final clash in order to save things, but the experienced Swiss should prove too strong.

Turkey have lost 3-0 and 2-0 in their first two games at Euro 2020 and they meet a Switzerland side who have won five of their last seven matches. The Swiss have also made it out of their group at the last three major tournaments, so they have experience which is an edge over Turkey.

Switzerland look well-drilled and they should overcome a struggling side like Turkey. A win all but puts the Swiss into the next round and we’re backing them to get the job done. They should have enough to edge what is likely to be a very tight game, especially when you consider that these are two low scoring teams. 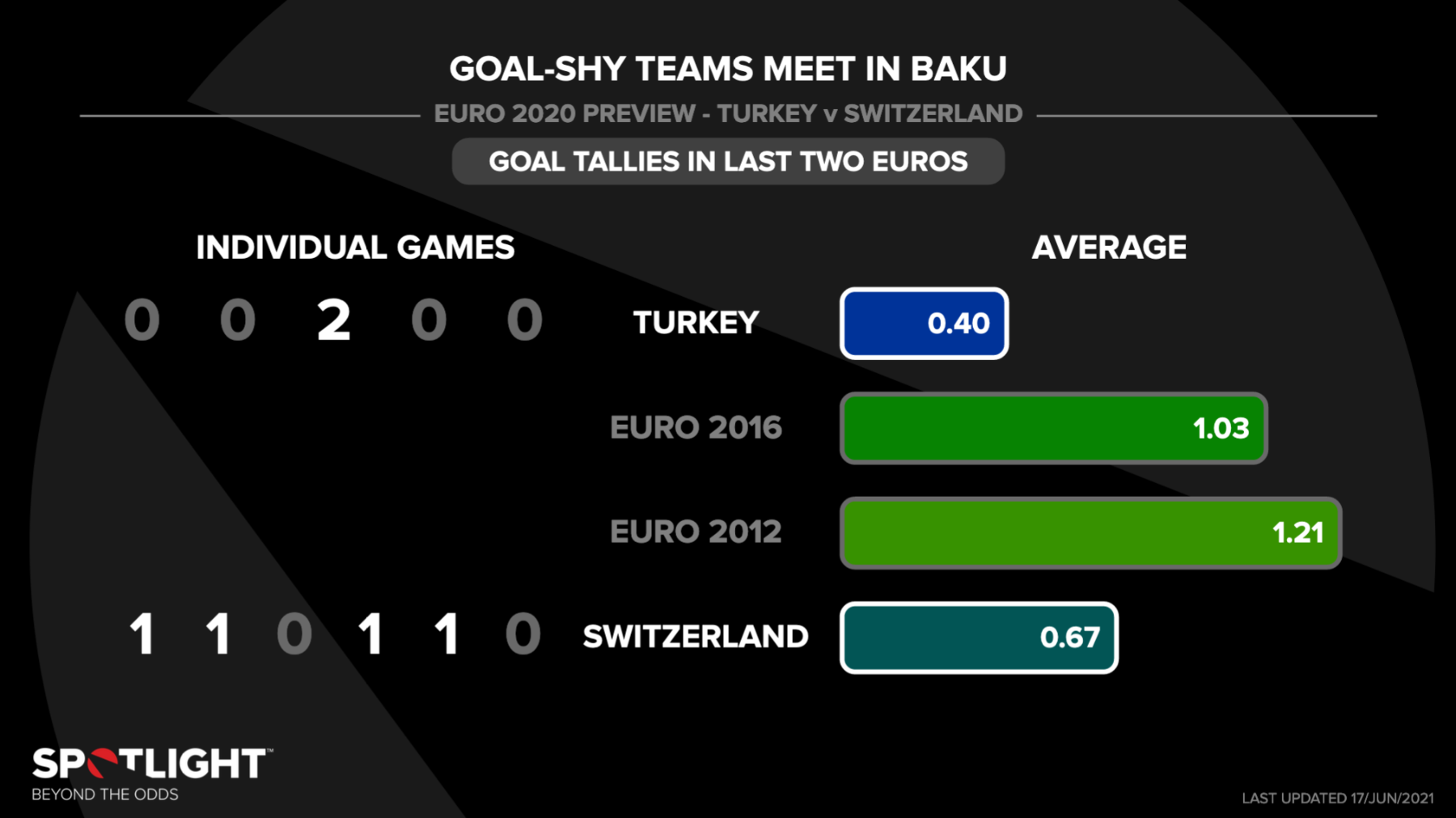 Xherdan Shaqiri has scored at the last three major tournaments and the Swiss midfielder is good value to extend that run in Baku this week. The Liverpool man plays as a number 10 behind the Swiss front two and that gives him a lot of room to roam around.

The Turkish defence was ultimately put to the sword by Italy’s wingers in their opener and the positioning of Aaron Ramsey cost them last time out. Advanced midfielders seem to be an issue for Turkey and that allows Shaqiri the chance to make the difference. While he’s not the main man for his national side anymore he’s still a brilliant attacker and we think he’s good value as an anytime goalscorer prediction.

Turkey have lost their last two to nil and they look devoid of a cutting edge in attack. The Swiss aren’t a thrilling side but they should prove too good for the group’s bottom side.

Getting goals has been an issue for the Swiss so far but Turkey’s struggles should solve that. We’re backing a comfortable 2-0 win for the Swiss as they look to secure their place in the next round. 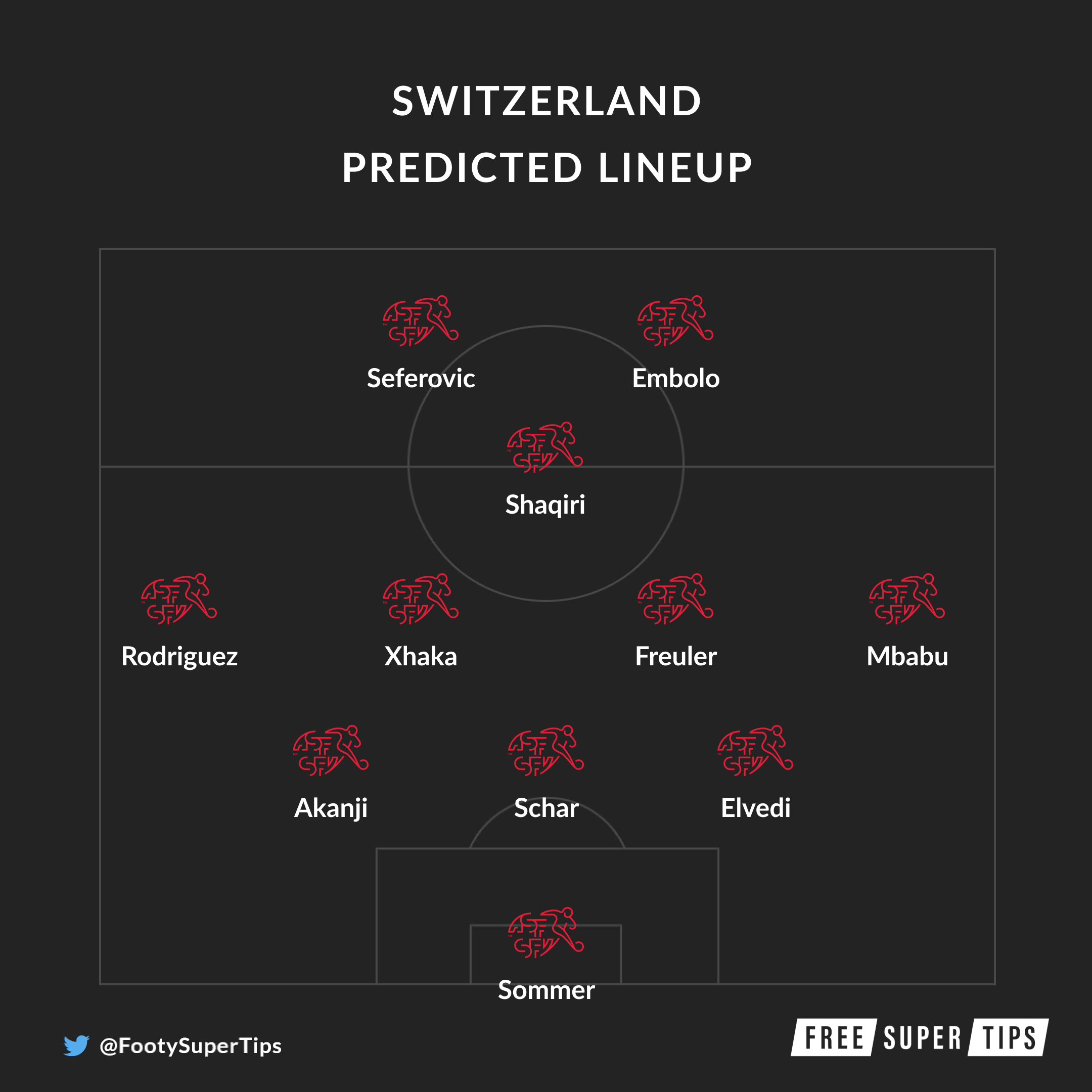 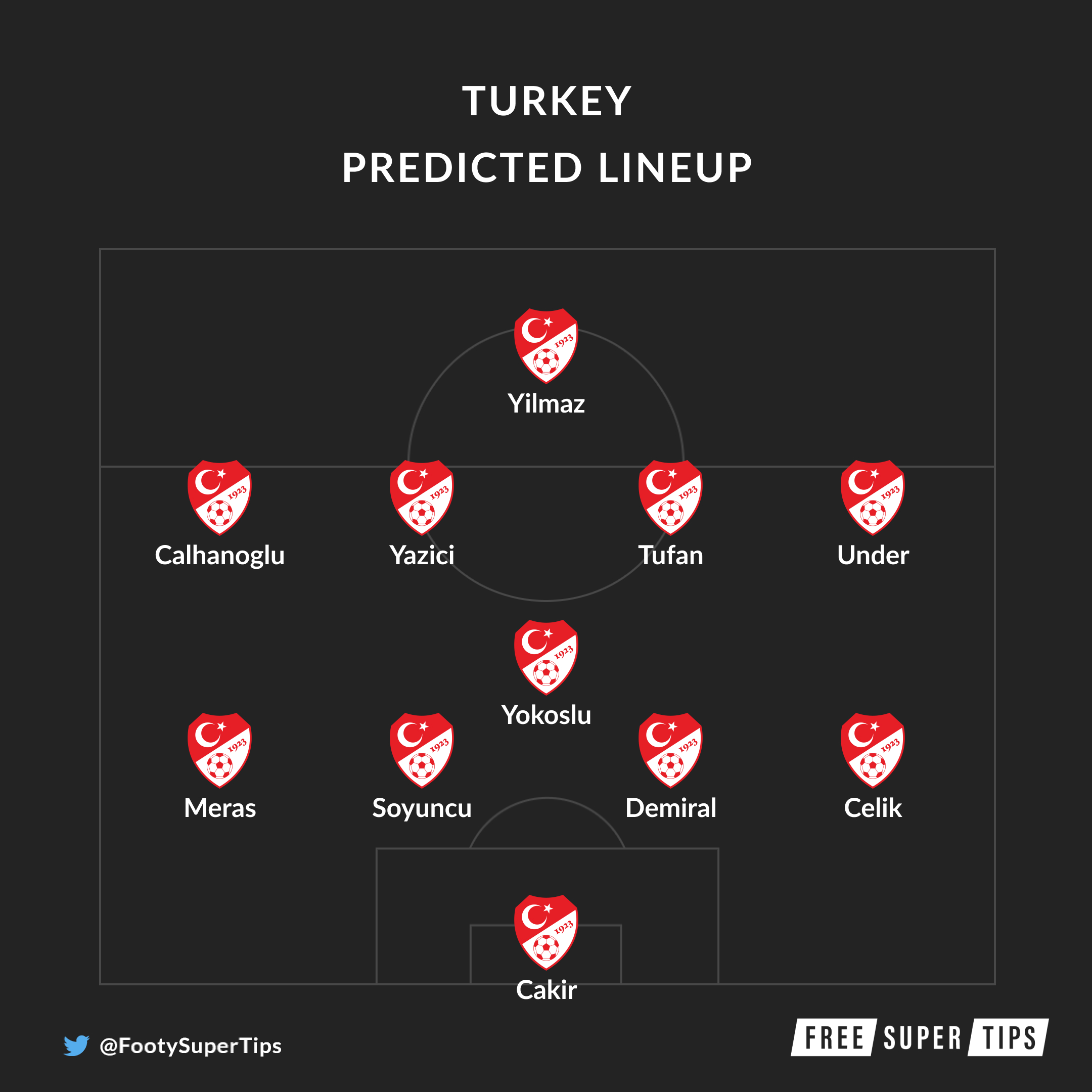