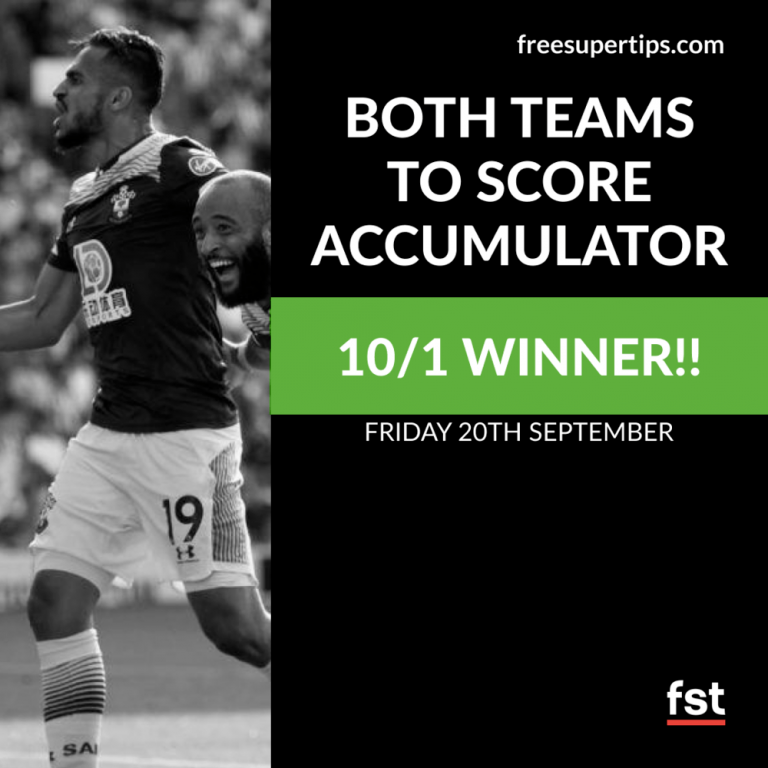 Our Both Teams To Score Accumulators has been in great form of late, landing 3 in the last week! Our Football experts pulled it out of the bag again, landing a 10/1 BTTS Acca on Friday night!

First leg we headed to the Netherlands where newly promoted FC Twente took on Heracles! Dutch fixtures always tend to be high scoring so we were confident in BTTS. The home side had a flying start, scoring inside 10 minutes. It didn’t take long for Heracles to respond, levelling it up just before half time. This game continued to have plenty of action and plenty more goals. Heracles would come out on top and 3-2!

Next leg we would put our faith in another dutch game. Go Ahead Eagles vs Ajax Reserves. The home side got us of to a blinder, scoring inside the first minute. Despite the early drama, the game remained extremely quiet until half time. Ajax Reserves came out all out attack the 2nd half. The pressure they put on the home side finally paid off when the managed to grab an equaliser in the 51st minute. Game would finish 1-1.

Next up we headed to Italy where Cagliari would take on Genoa! Despite being the visitors we expected Genoa to come out on top here. The chances in this game were few and far between. We had to wait till the 46th minute to see the first goal, where Cagliari would take the lead. Genoa had very little chances but still managed to pull through! They would level it up in the 81st minute! Final 10 minutes were extremely lively! Cagliari would extend their lead and go on to win 3-1!

Strasbourg would take on Nantes in the 4th leg of our acca. Despite Strasbourg’s dominance in this first 25 minutes, they would concede a goal against the run of play. Bad for Strasbourg but great for us. The home side continued to knock on the door but with no joy! It took them to the 66th minute to level up the game and secure our 4th fixture. They would go on to win 2-1.

Final fixture we headed to the English Premier League. Bournemouth came out all guns blazing! Nathan Ake would score inside 10 minutes to put the visitors ahead. Despite being on the back foot, Bournemouth would double their lead in the 35th minute with a goal from Harry Wilson! Finally Southampton got the breakthrough. They were awarded a penalty in the 53rd minute where Prowse would convert! Southampton get one back and land our 10/1 BTTS Acca!

Big thanks again to FST pic.twitter.com/O8uKi1OWSH

Do love the weekend btts!
Another bunch of good picks you lot 😀 pic.twitter.com/7YSWcEjoAa