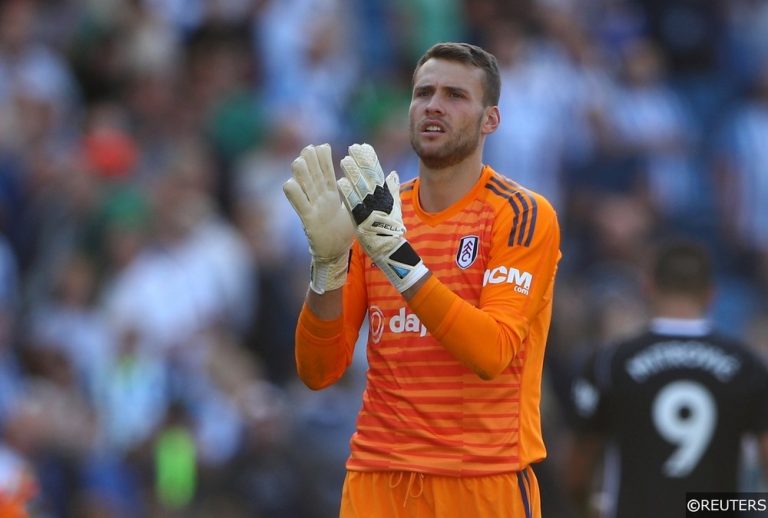 Whether it’s a promising up and comer, or a seasoned late bloomer forcing his way into the reckoning, a new face lining up for his country sends ripples of excitement around the stadium.

This week, during the first international break of the 2018/19, dozens of players are hoping to make their first steps towards national team stardom.

Here’s our rundown of some of the most exciting uncapped players looking to make their senior international bow this week.

19-year old Bayer Leverkusen midfielder Kai Havertz was named in the Germany squad by Joachim Low for the first time on August 28th. The Aachen born schemer enjoyed something of a breakout season at Bayer in 2017/18 and has been involved in the German international set-up from U16 through to U19 level.

Havertz has been likened in style to Arsenal’s former German international Mesut Ozil, and the youngster has certainly shown a creative streak similar to his World Cup winning idol. Havertz ranked 6th in the Bundesliga assists table last season, creating 8 goals for his teammates over the course of the campaign.

One of the latest wonderkids off the Ajax production line, Frenkie De Jong is a player in high demand. The gifted midfielder seems to enhance his reputation further with each pass his completes and every top team around Europe are thought to be tracking his progress closely.

Netherland’s manager Ronald Koeman drafted De Jong into his senior squad for the first time this month for the team’s fixtures against Peru and France. De Jong is certain is see some action in one if not both of those games and he has the talent to make an immediate impact for the Oranje.

19-year old Benfica prodigy Gedson Fernandes was a surprise inclusion in Fernando Santos Portugal squad for their games against Croatia and Italy this week. The midfielder has been involved with the national team at youth level since 2014 and having pushed his way into the Benfica first XI this season, Fernandes has repeated the trick in the national team.

The youngster can be deployed on the flank, but he is more effective playing through the middle and his versatility is likely to have appealed to Fernando Santos. Gedson Fernandes is one of 4 uncapped players selected in the Portugal squad, though he is the youngest of that quartet by 7 years.

23-year old winger Callum Robinson has been in superb form down the Preston North End left flank in the Championship this season. The Aston Villa youth product was a regular for England’s youth teams from U16 to U21 level, but he declared for the Republic of Ireland earlier this year having qualified to play for the Boys in Green though his maternal grandmother.

The tricky wide midfielder scored 10 goals from the left in the Championship in 2017/18, and Ireland manager Martin O’Neill will hope that Robinson’s addition can add some much-needed competition and quality to his squad.

Gareth Southgate’s latest England squad had few surprises in it, though his decision to call up Fulham goalkeeper Marcus Bettinelli definitely raised a few eyebrows. The 26-year old stopper has enjoyed a meteoric rise in the past year, transitioning from the Fulham bench to their first-choice keeper and before being getting his first ever call up to the senior England squad.

Bettinelli is a largely a stranger to international football having represented his country just once before now at U21 level in 2015. However, with three other goalkeepers in England’s squad ahead of him in the pecking order, Bettinelli might have his work cut out to get some minutes on the pitch against Spain and Switzerland.

Hearts’ young centre half John Souttar is ready to kickstart his Scotland career after a hamstring injury forced him to withdraw from the squad in May, scuppering his chances of playing in front of the Tartan Army for the first time. The 21-year old is the only uncapped player in the Scottish 23-man selection for their games against Belgium and Albania this week.

Souttar has impressed for the Jambos for a number of seasons now, making strides in his all-round game with each passing campaign. Souttar has even captained Hearts this season in the absence of regular skipper Christophe Berra who has been out with an injury. Souttar was rumoured to have been close to declaring for Australia before he was called up by Alex McLeish last week.

Switzerland have been crying out for a leading centre forward at senior international football since Alexander Frei retired in 2011. In Albian Ajeti, they might finally have a player capable of providing the consistent quality they have lacked in forward areas.

21-year old FC Basel academy graduate Ajeti, took the long way around to the first team at RotBlau. Shortly after breaking into the senior ranks at FCB, Ajeti moved to Augsburg in Germany and then on loan to St. Gallen in his homeland. After impressing there, St. Gallen triggered their option to buy Ajeti, who was then sold back to FC Basel a few months later.

Last season, back at his boyhood club, Ajeti finished at the second top scorer in the Swiss Super League with 14 goals. The promising striker has already scored 4 times in 2018/19, prompting Swiss manager Vladimir Petković to call him up to the senior international squad for the first time.

Ajeti is joined in the Switzerland squad for the first time by uncapped central midfielder Djibril Sow. Sow has been winning plenty of admirers for his combative displays in the centre of the park and his performances have also caught the eye of Vladimir Petković.

Manchester United will come up against Sow in this season’s Champions League after they were drawn in the same group as his club, Young Boys. The 21-year old is expected to feature in some capacity for Switzerland in their clashes with Iceland and England over the next 7 days.

Multi-talented defender Thilo Kehrer is a player with the world at his feet. The 21-year old moved to French giants Paris St. Germain in the summer from Bundesliga side Schalke for a fee believed to be in the region of €37m. Kehrer, who stands at 6’1” is comfortable playing in any position across the backline and his ability to seamlessly adapt to new roles is something that will have impressed Joachim Low.

Kehrer has had to watch on from the sidelines for his new club PSG so far as he comes to terms with life in a new country and a new league, and while the Parisians have kept him in reserve, Germany are likely to make much more use of his talents in their games against France and Peru this week.

Moldova are a team in need of a pick-me-up. The Moldovans have won just 1 of their last 26 international matches and with a squad that’s severely lacking in quality, the outlook seems a little bleak for manager Alexandru Spiridon.

However, Virgiliu Postolachi is ready to inject some positivity and hope back into Moldovan football. The 18-year old attacker made headlines this summer when he scored a stunning goal for Paris St. Germain in a glitzy pre-season friendly against Atletico Madrid. The skilful forward excelled in the UEFA Youth League last year for PSG and he is set to be the biggest Moldovan football star…..well…..ever.

Postolachi is set to pull on his country’s jersey at senior level for the first time against Luxembourg and Belarus this week.