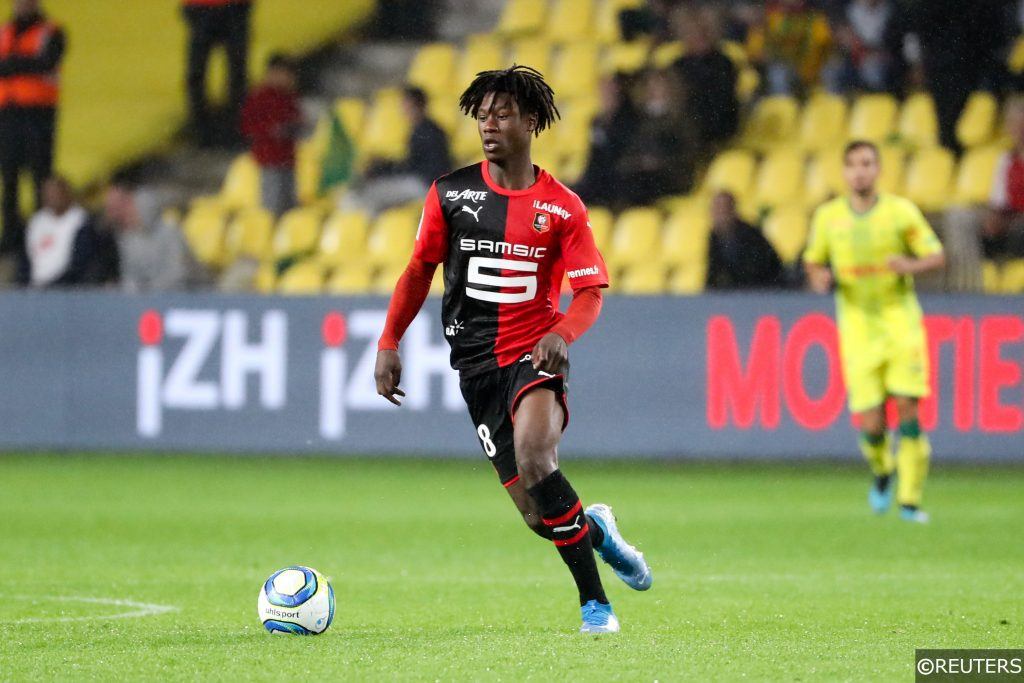 Club football’s most exciting competition – the Champions League – kicks off for 2020/21 with the tournament’s group stage this week, and the continent is already vibrating with excitement ahead of another campaign of dazzling high-class action on the continent.

Some of the game’s biggest and best will compete for European silverware again this season, though the prospect of watching some of football’s most talked about younger players strutting their stuff on the biggest stage gives supporters an equally compelling reason to tune in.

A raw diamond exploding on to the scene for the first time is one of the most exciting things about the game, and when a potential superstar emerges and immediately holds his sown among his more experienced peers, supporters understandably get a little giddy.

Ahead of the Champions League mayhem, we thought we’d take the opportunity to share some information about 10 of the most exciting young players that are worth watching out for in Europe’s premiere club competition.

Remember – we’ll be covering all of the developments with betting tips and match previews over on our Champions League predictions page.

In recent seasons, Ajax have complemented their renowned ability to produce their own players by identifying and signing promising young stars from around the globe, and in 20-year-old Ghanaian Mohammed Kudus, the Dutch giants look like they’ve unearthed another gem.

Ajax paid just €9m to bring Kudus to Amsterdam from Danish club FC Nordsjælland in the summer, and the marauding midfielder’s return of one goal and three assists from his first three starts are only surface scratching stats from some incredible early performances.

Swedish sensation Dejan Kulusevski wields a technical skillset so accomplished that he is already among Serie A’s most devastating dribblers, and the 20-year-old has regularly been leaving defenders looking completely flummoxed in Italy over the past 12 months.

Churned out of the increasingly prolific academy at Atalanta, Kulusevski shot to prominence for Parma last season before sealing a move to Italian champions Juventus. The Swede is already off the mark for the Old Lady after just three games, and his show-stopping manoeuvres should make him a hit in the Champions League.

Linked with big-money moves to a host of huge clubs over the summer, including Manchester United and Liverpool, Dynamo Kiev’s Vitaliy Mykolenko will hope to use the Champions League as a platform to impress his suitors this season.

The square-shouldered full-back combines physicality with easy on the eye technique down the Dynamo left flank, and the 21-year-old has the tools to shine in his first campaign at elite level in the UCL.

Dutch defender Mitchel Bakker has emerged from the anonymity of reserve football to become a fixture at left back in the Paris St. Germain first team this season, and the 20-year-old looks set to start his first ever Champions League match when PSG entertain Manchester United on Tuesday.

Bakker, who was signed from Ajax in 2019, has hardly put a foot wrong in Thomas Tuchel’s XI so far, and the tough tackling fullback should find the transition from Ligue 1 to Champions League football smooth.

While Erling Haaland and Jadon Sancho continue to hog the spotlight at Borussia Dortmund, the performances of 17-year-old schemer Giovanni Reyna are starting to steal more and more focus.

The teenager has been in mesmerising form for Der BVB in the Bundesliga this season, notching three assists and one goal in his four German top-flight starts since the new campaign got under way.

The Sunderland-born wonderkid, is the son of former Rangers, Man City and USA international Claudio, though Reyna Jr has the potential to outshine his father. Reyna will hope to deliver the goods again when Dortmund travel to take on Lazio on Tuesday.

Touted as football’s next global superstar, Eduardo Camavinga will compete in the Champions League for the first time in his fledgling career this season, in what is likely to be his last campaign wearing the red and black of Les Rennais.

Already a full French international, the 17-year-old will have his pick of clubs when he eventually decides to leave Brittany, and some well-rounded UCL performances could push Camavinga’s value through the roof.

RB Salzburg were a hugely entertaining addition to the Champions League last season, and the Austrian’s thrilling goal-scoring displays allowed players like Erling Haaland, Takumi Minamino and Hwang Hee-Chan to move on to bigger and better things.

Prolific Zambian centre-forward Patson Daka will hope to tread the path worn by his former teammates this season, and the immensely talented finisher, who has already bagged nine goals in just six appearances this season, is armed with the goal-getting prowess to be a huge success in the Champions League.

While his name might remind you of excrement, Dodo’s performances certainly won’t, and the flying Brazilian full-back is one of several Samba stars hoping to make an impact for Shakhtar Donetsk in the Champions League this term.

The 21-year-old, who was heavily linked with a move to Bundesliga champions Bayern Munich in January, loves to raid down the right wing with menace, though his defensive acumen is likely to be tested just as much as his attacking attributes in Europe this season for an unfancied Shakhtar outfit.

Manchester United’s signing of 18-year-old Ivorian winger on transfer deadline day earlier this month, sparked a million and one Google searches, as the world tried to learn more about their big-money mystery capture, though those in the know have already suggested that the Red Devils have landed one of football’s most exciting young players.

The tricky wide attacker has been lighting up pitches at youth level in Italy and the Champions League for La Dea in recent seasons, and though Diallo Traore has yet to make it off the subs’ bench this term, he is certain to see minutes before he leaves for Manchester in January.

Any player in world football would find it tough to break into Bayern Munich’s incredible first eleven at the moment, though 17-year-old midfielder Jamal Musiala looks close to cracking it.

The England youth international has already appeared four times off the bench for the Bavarians this season, suggesting that he is pushing hard for a starting berth in Hansi Flick’s formidable side.

The ex-Chelsea academy starlet swapped London for Munich last summer, and Musiala became Bayern’s youngest ever Bundesliga scorer when he registered against Schalke last month. The teenager will hope to get his first taste of Champions League action when Bayern Munich host Atletico Madrid on Wednesday.

Dominic Calvert-Lewin bet365 special: How many goals will the Everton star score this season? 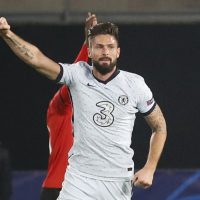