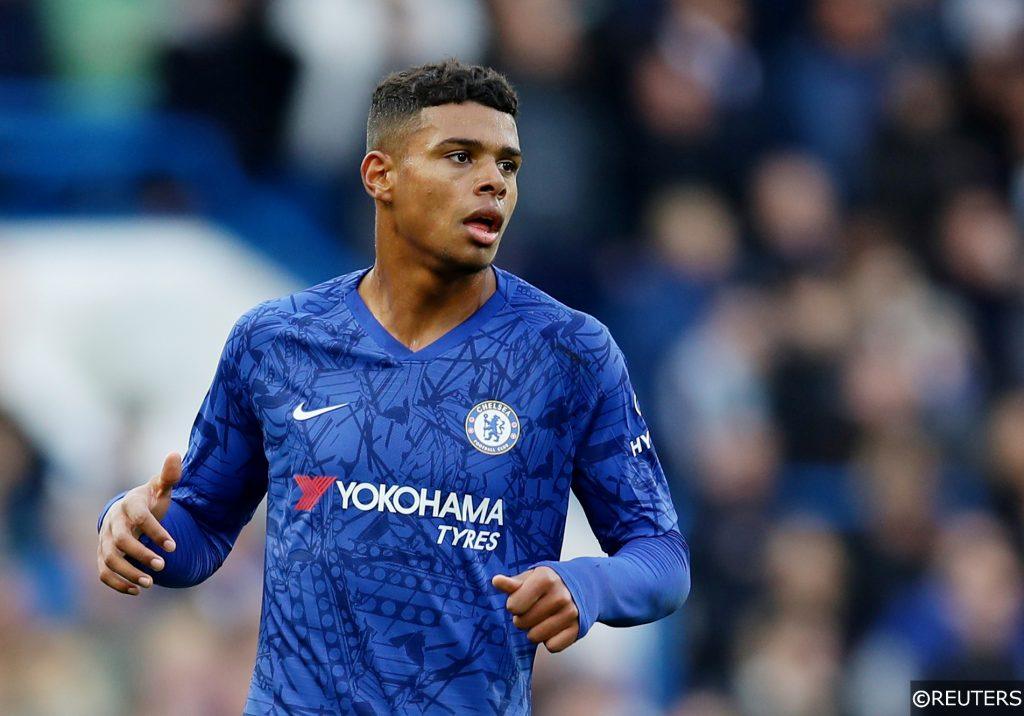 Watching a talented young player explode on to the scene for the first time is one of the most exciting things about football.

Right now, dozens of the hottest prospects at Premier League clubs and academies are being readied for first team action, and many of those emerging players have been tipped for superstardom by those in the know.

With club football still on hold, we thought we’d take the opportunity to share some information about 10 of the most exciting youngsters on the cusp of a Premier League breakthrough.

Deep-lying playmaker Azeez was picked to star alongside Zinedine Zidane, David Beckham and Paul Pogba in an Adidas TV advert last year, and while that might seem like a small thing, it served to highlight just how highly-rated he is.

With an assured touch and inventive passing range, Azeez is a talented technician who has accelerated rapidly through the Gunners youth ranks. The 17-year-old England youth international will expect to push for a place in Mikel Arteta’s first team squad next season.

Lewis Dobbin joined Everton as an 11-year-old and quickly established himself as one of the most promising players in the club’s junior ranks.

Now 17, the Stoke-born attacker is a quick and clever goal threat who has represented England at under-16 and under-17 level.

Dobbin signed his first pro-deal with the Toffees in January this year and could progress to the periphery of the first team inside the next 12 months.

Having been somewhat surprisingly released by Fulham in 2018, Ewing moved to Leicester City in February 2019, where the midfielder’s development has been rapidly progressing.

Ewing, who has captained Wales at under-15 and under-16 level, is versatile enough to be deployed in any number of roles in the middle of the park, though he tends to excel further up the pitch.

Comfortable with both feet, Ewing has been turning in some impressive displays for the Foxes under-18s, and the crisp passer looks to have all the tools required to make it as a Premier League player.

The famed production line at Southampton has stalled a little in recent seasons, though there is excitement on the south coast about the rapidly developing Ramello Mitchell.

The fast, powerful attacker has only been with the Saints for a short time, having joined the club from Birmingham last summer when Southampton beat off reported interest from Man Utd, Liverpool and Wolves to land him.

Mitchell impressed sufficiently to earn his first professional contract at St. Mary’s in December, and the energetic forward has already been earmarked for a future first team berth.

Huyton-born and lifelong Liverpudlian Layton Stewart has been banging in the goals in Liverpool’s youth teams for several seasons now, and the 17-year-old is considered one of the jewels in the club’s academy at present.

Liverpool’s Academy director Alex Inglethorpe said recently that Stewart “can be anything he wants to be”, which is fine praise indeed from the man who coached Harry Kane in the early parts of his career at Spurs.

Stewart has already trained regularly with Jurgen Klopp’s senior group at Melwood, and in December he was on the bench with the first-team in Qatar for the Club World Cup, before signing his first pro deal with the Reds shortly after.

Accomplished right-back Dermi Lusala has all the attributes he needs to carve out a long Premier League career for himself at Spurs.

The defender, who was schooled St Ignatius college just a stone’s throw away from Tottenham’s training ground, is regarded as an eventual first-team certainty at the club.

With Spurs’ fullback options on Lusala’s side looking a little thin on the ground, the youngster’s chance to shine could come as early as next season, though winning over the notoriously difficult to please Jose Mourinho could prove tough.

Bobb had been with Porto’s academy for several seasons before FIFA ruled that club broke the rules regarding the relocation of a minor when Bobb, as a 10-year-old, swapped Norway for Portugal.

The playmaker then returned to Vålerenga for a short spell before the Citizens made their move, and Bobb has been a star performer in their underage setup since.

Earning comparisons with Raheem Sterling for his superb close control and pace, Irons starlet Amadou Diallo is widely considered to be one of the best players in his age bracket in England.

West Ham came close to losing their talented emerging attacker last summer, before eventually agreeing a first professional contract with Diallo, who signed the deal in February this year.

Hammers boss David Moyes has never been shy about throwing inexperience players into his teams during his career, and that should ensure that West Ham supporters won’t have to wait long to see their first glimpses of Diallo in the Premier League.

Manchester United’s academy has been churning out plenty of potential first-teamers of late, and Swedish attacker Anthony Elanga could be the next academy graduate to turn heads.

Comfortable on either flank, Elanga has added more goals to his game over the last 12 months, adding end-product to his searing pace and ability to leave his markers in the dust.

Elanga’s development is running quickly along a vertical trajectory – don’t be surprised to see him feature in some cup games for United next season.

Goal-scoring midfielder Faustino Anjorin says that he models his game on former Chelsea star Frank Lampard, and the 18-year-old looks set to be the latest Blues academy graduate to make an impact in the Premier League.

Having made his first team bow for Chelsea in the club’s Carabao Cup hammering of Grimsby Town last September, Anjorin was handed a brief Premier League debut appearance from the bench in the Blues’ 4-0 win over Everton at Stamford Bridge in March.

That cameo run-out will likely be the first steps Anjorin takes towards an established first team role Chelsea.