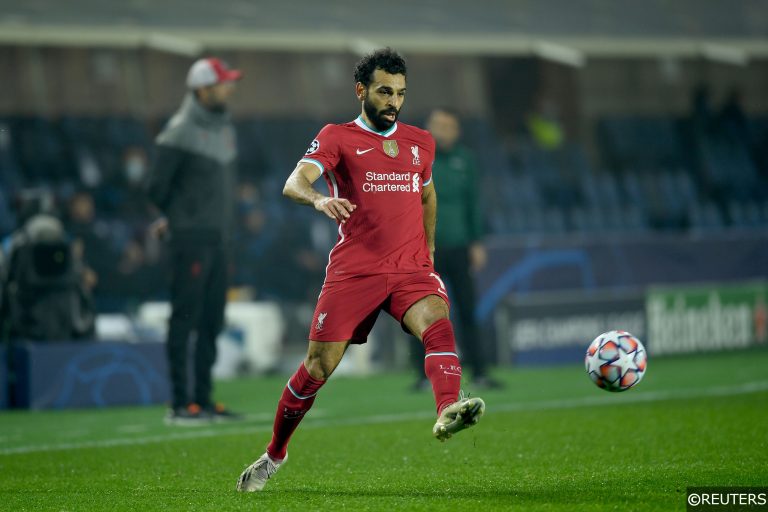 September may nearly be over but our winning run isn’t as an 11/1 anytime goalscorers treble and a 19/2 accumulator landed for FST on Tuesday.

There was also a win for fans of singles bets as our Bet of the Day came in and for the MLB enthusiasts out there our MLB double tip completed a big Tuesday for us.

Don’t forget to check out today’s football tips and our match predictions section, but first let’s have a rundown of how our winners unfolded.

This bet started with a tinge of disappointment as Borussia Dortmund superstar Erling Haaland wasn’t in their squad to face Sporting Lisbon due to injury, meaning the bet was cut from a 16/1 accumulator to a still tasty 11/1 treble tip.

RB Leipzig’s Christopher Nkunku got us on our way with a goal after just five minutes and soon after we had two out of three in the bag as Liverpool’s Mohamed Salah scored the first of his two goals after 18 minutes in Portugal.

That left us waiting on Blackburn’s Ben Brereton Diaz and he duly obliged just before the hour mark in Blackburn’s 3-2 defeat at Huddersfield, scoring a second for good measure soon after.

We selected two games from the Championship, one from the Champions League and one from League One for our accumulator and West Brom got the ball rolling with an early goal at Cardiff. The Baggies went 2-0 ahead 10 minutes after the restart and finished off Cardiff with two goals in the final 15 minutes.

Huddersfield opened the scoring in the first half against Blackburn and Brereton’s strike in the second made that selection a winner with over half-an-hour left to play in West Yorkshire.

Sunderland had one result virtually in the bag by half-time as they opened up a 3-0 lead over visitors Cheltenham before going on to claim a resounding win. It was a similar story at Liverpool as they were 2-0 up at the break and went on to win 5-1 at Porto. A Liverpool win was also our Bet of the Day at 8/11, with that fixture in Portugal key to all of our winning football bets!

Houston Astros claimed a 4-3 win over Tampa Bay and San Francisco Giants downed Arizona Diamondbacks 6-4 to land our MLB double, remember you can check out our MLB Tips here and all of our Sports Tips here too.

In The Mixer: Experts discuss the Premier League title race