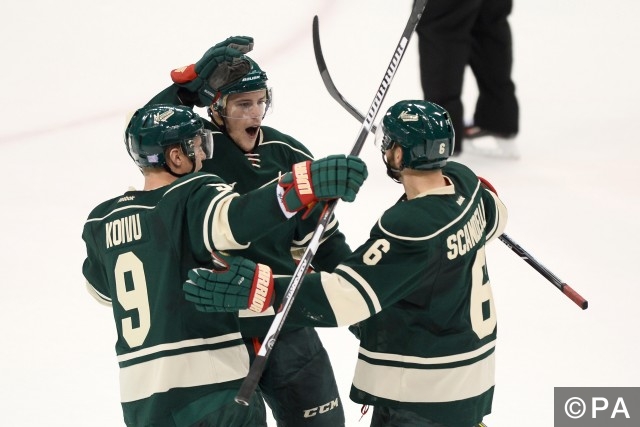 What better way is there to bring in the New Year with not one, but two accumulator wins overnight! Our 9/1 NBA accumulator won on New Years Eve and so did our 11/2 NHL accumulator!

It’s been a tough season for the NHL accumulator but December has been good to us. We had a 13/1 winning accumulator at the start of the month and started 2016 well landing a 5 fold paying £65 from £10 stake.  Buffalo Sabres kicked off the accumulator and despite losing 2-1 they covered the +1.5 handicap (puck line). The other two teams we backed +1.5 puck line went on to win the game outright. Minnesota Wild won 3-1 against St Louis and Pittsburgh Penguins beat Detroit 5-2 after being 2-0 down in the first period. The LA Kings won comfortably against the Flames and sealed it with a 4-1 victory.

Head over to the NHL betting tips home page for today’s tips & predictions!

As you can see from our bet slips quite a few people were on both the winning NHL and NBA accumulators.

@FootySuperTips first day of 2016 and we are in PROFIT happy freaking NEW YEAR pic.twitter.com/L6zZGJAvWm

Our tipsters continued their good form on New Years day landing the Daily Double and both preview tips. There was only two games on the slate including the Winter Classic but we’ve  had a great start to 2016.