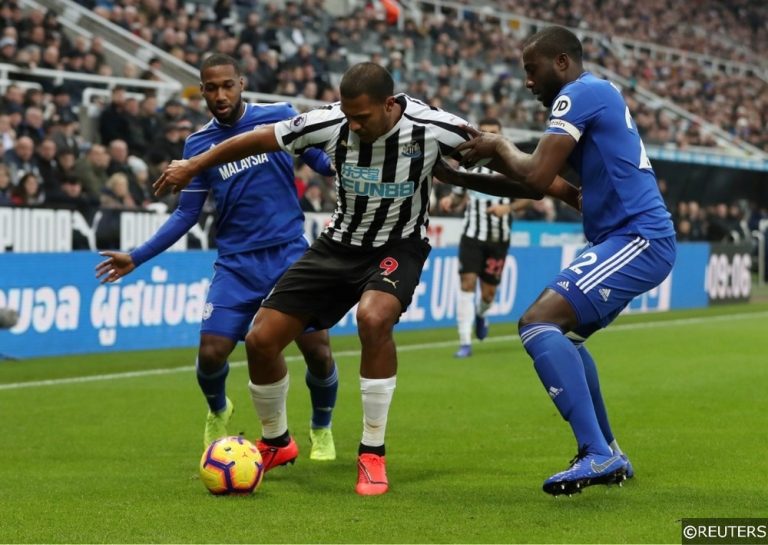 After our recent 18/1 Match Goals Accumulator winner the lads at FST have struck again, this time with a 15/1 Premier League accumulator that took place over the weekend!

WHAT A START TO THE DAY! LETS HOPE ITS ONE OF MANY WINNERS TODAY!

The first leg of our accumulator came from St James’ Park were two sides who are fighting to beat the drop met with a huge 3 points on the line. Huddersfield luckily for us were reduced to 10 men early in the game when Smith was sent off for them on the 20th minute, raising our hopes of Newcastle getting the vital 3 points we needed! As the first half ended Newcastle were still yet to lead but after some Rafa magic at half time the lads came out strong and quickly got the goal they needed before finding a second to secure the first leg.

There was a lack of 3pm Premier League games this week but one game which we predicted the goals in was Bournemouth vs Wolverhampton were we needed both sides to score, we quickly got the Bournemouth goal we needed but Wolves slow start started to worry us! It wasn’t until the 83rd minute when they got a penalty kick and a chance to level the game, lucky for us Jimenez was able to covert the opportunity and keep our accumulator rolling!

The late Saturday kick off saw Crystal Palace travel to the King Power stadium where we predicted they would get a result and they delivered just that, although they experienced a set back after taking the lead it didn’t take them long at all to regain it with Zaha scoring just 6 minutes later! This time Palace didn’t take any chances of a Leicester come back and went on to score a further 2 goals making our selection very comfortable in the end.

The final two legs got underway at 14:05 on Sunday where we needed an Arsenal win and United to pick up points when they welcomed league leaders Liverpool to Old Trafford. Arsenal wasted no time in getting a goal against Southampton filling us with confidence but early Manchester United injuries put us on the edge! As the game ticked on the Liverpool threat neutralised and our confidence grew as every second passed that United would pick up atleast a point and as full time came they did exactly that landing us our Premier League acca!