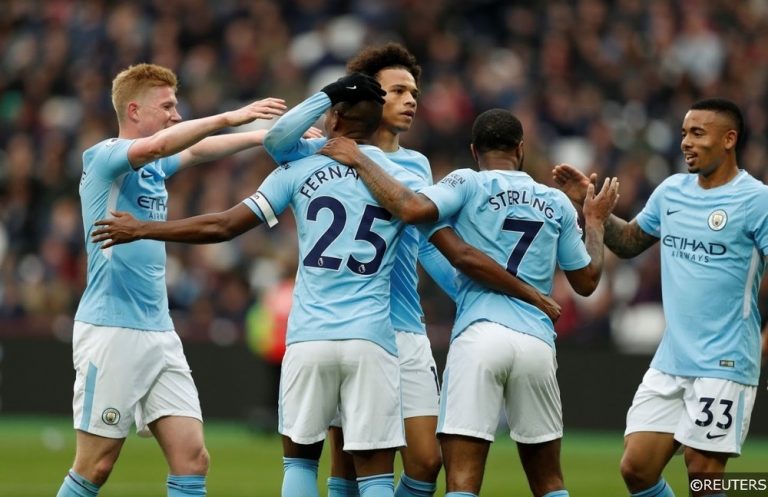 Despite a lack of games our Football Analysts have started November with a bang landing a 15/1 Win Accumulator. The accumulator featured games from all over Europe ending with Manchester City vs Fulham in the League Cup!

Here is how it all unfolded.

The first game came from Belgium in a game which saw Zulte-Waragem play host to Standard Liege. We backed Zulte in the double chance market meaning a win or draw from them would do the job. Standard Liege were first to strike in this game after the 23rd minute but Zulte hit back with 3 goals by the 69th minute. They were reduced to 10 men not long after but managed to hold out for a win to land the first leg.

The next leg came from the Spanish Copa Del Rey clash between Almeria and struggling Villarreal. Villarreal went into this game in poor form and just one point above the relegation zone in La Liga. Another double chance here in favour of the underdogs Almeria; they went on to take the lead early in the second half and everything looked great up until then. The accumulator looked in doubt when Villarreal hit back through former Arsenal midfield Santi Cazorla in the 67th minute, the away side went on to lead 3-1 after the 83rd minute and Almeria looked buried. We have Senegalese forward Sekou Gassama to thank after he netted two in the 86th and 91st minute to bring Almeria back into the game and settle this leg as a winner.

We head over to Sweden for the third leg and we needed Malmo FF to beat Orebro by 2 or more goals as we backed them -1 in the handicap market. Malmo didn’t disappoint in an emphatic 4-0 victory which saw them go 2 goals ahead in the 28th minute of the game.

After a near miss in the Almeria game we were dealt another in our penultimate leg which saw AIK travel to face Ostersunds FK. We just needed AIK to win the game and all looked in doubt when they were given a red card just 4 minutes into the contest. Ostersunds began to dominate the game but goals in the 30th and 34th minute very much against the run of play saw AIK head into the break 2 goals to the good. Ostersunds rallied late on to grab one back in the 78th minute but AIK held on for a well deserved victory.

The final leg saw Manchester City welcome Fulham in a league cup tie at the Etihad Stadium, this was another game in which we needed City to win by 2 or more goals for the leg to be settled as a winner. Brahim Diaz scored his first senior goal for the Premier League champions to give them a 1 goal lead heading into half time. Fulham didn’t offer much going forward and were punished once again in the 65th minute as Diaz scored his second of the game. Man City held on for a 2-0 victory to advance to the next round and land our accumulator.