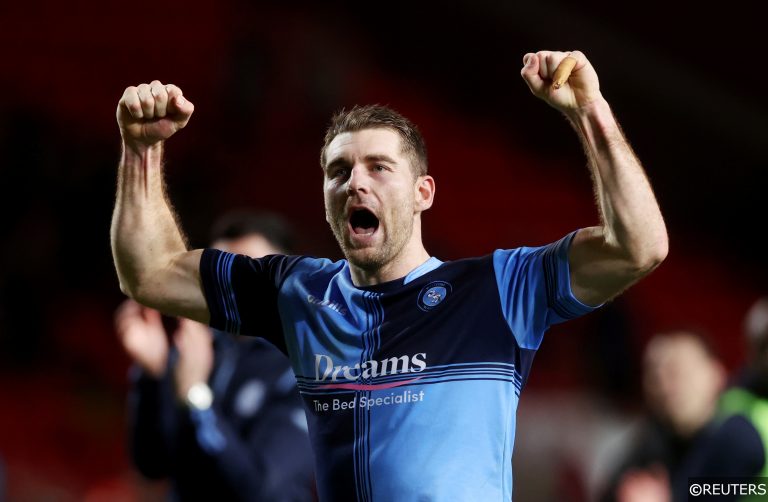 Instead of the usual EFL Play-Off final weekend, the first promotion battle takes place on Saturday as Sunderland clash with Wycombe. The Black Cats are hoping their long path back to the second tier about to come to an end, while the Chairboys are hoping for an immediate return to the Championship.

We’ve already gone through each of the three Play-Off finals, while we’ve also got an in-depth preview of Saturday’s clash. However, we’ve also put together a huge 161/1 ultimate bet builder for the Wembley showdown.

Play-Off finals tend to be cagey affairs, but both of these sides pack a punch going forward so that might not be the case here. For starters, they both put on a show during their regular season meetings, with 10 goals shared across their two clashes.

Vokes racked up 17 goals for Wycombe this term and the forward heads into this crucial game having scored five times across his last eight for the club. Expect the Chairboys to look to him once again in this clash, especially given that he scored when the two sides last met.

Patrick Roberts to have 1+ shots on target

Roberts scored the crucial goal which sent the Black Cats to Wembley, while that strike carried on an impressive run for the former Man City and Celtic winger.

Roberts heads into this clash having had at least one shot on target in his last four games, including two against Sheffield Wednesday last time out. He’s set to start in this clash and he’s averaged 1.9 shots on target per 90 minutes this season, so he should be a threat once again.

Another Sunderland man who has been a threat of late is Danny Batth, who has had at least one shot in four of his last five matches. He had two shots on goal in each of the semi-final clashes with Sheffield Wednesday, so back the defender to cause problems in this one.

The Wycombe pair have racked up a combined 24 yellow cards this term, with 13 for Jacobson and 11 for Scowen. The former has been booked in each of his last four games for Wycombe, while Scowen has more fouls per game (1.7) than any player across either side ahead of this clash.

Sunderland will pose a real threat, so back the Chairboys’ duo to struggle with their discipline yet again.