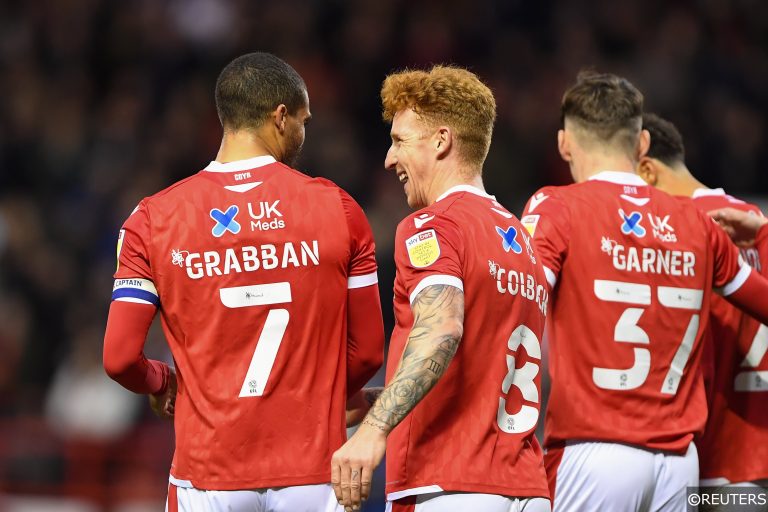 We are now just a few Wembley matches away from confirming the starting table for the English Football League next season and the tension is ramping up across the three tiers of the EFL.

First up is Sunderland vs Wycombe on Saturday as they contest a spot in the Champions League, with the League Two Play-Off Final being played next Saturday before Nottingham Forest face Sunderland for a coveted Premier League place on the Sunday.

If you were lucky enough to see our pre-playoff article by Gareth Freeman a couple of weeks ago you might already be on this tip at a hefty 38/1, and we are standing by our ante-post selections as we look towards the final.

Championship – Nottingham Forest to be promoted

Nottingham Forest only just missed out on automatic promotion after a poor start to the season put them on the back foot but their form over the last few months has been incredible.

They bounced back from the disappointment of missing out on automatic promotion well in the semi-final and will be riding a high from that penalty-shootout win over Sheffield United.

Huddersfield will be tough opposition but they have already been beaten by Forest twice this season and I fancy the favourites to edge it.

League One – Wycombe Wanderers to be promoted

Sunderland are the favourites here but they have more than a little history of play-off heartache, losing in the semi-finals last season and being beaten in the final in their first season in League One.

Prior to their second-leg defeat against MK Dons, Wycombe were unbeaten in 13 games and they have a manager with experience at this level in Gareth Ainsworth, who led his side to play-off promotion in 2020.

League Two – Mansfield to be promoted

Mansfield beat Northampton over two legs in the semi-finals and are the form side coming into this Wembley date. They are unbeaten in six and have won four of those.

Port Vale cannot be discounted, but they needed penalties to get past Swindon in the semi-finals and have lost four of their last six overall.

The Stags have come into form at just the right time and they can make a break for the third tier next weekend.