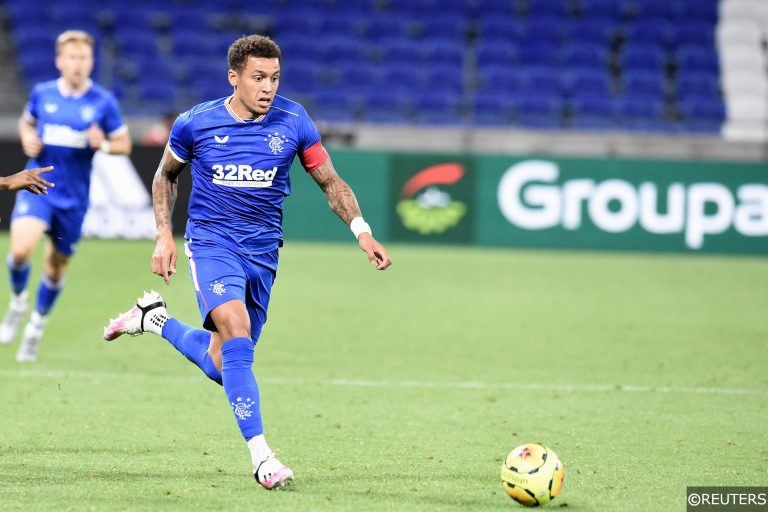 Rangers take on Armenia’s Alashkert in Europa League qualifying on Thursday as the Scottish champions seek a place in the group stages.

The draw looks to have been kind to Steven Gerrard’s men and we think they can take a huge step towards a place in the tournament proper with a convincing win in the home leg.

We’ve covered this match in our predictions section, and have put together a 17/1 bet builder for the occasion too.

Rangers ended a three-game losing run with a 5-0 hammering of Dunfermline at the weekend in the Scottish League Cup and they can beat Alashkert by a big margin on Thursday.,

The Ibrox outfit have two wins in three home games so far this season, losing once to Malmo in the Champions League, and have beaten a -1 handicap in both of those victories.

Rangers have been ahead at the interval in all three of their home fixtures so far this season and they can continue that run against Alashkert.  The Armenian outfit have conceded first in four of their last six games, and in one of the fixtures where they did open the scoring they were behind at the break regardless.

With Kemar Roofe suspended, Rangers frontman Alfredo Morelos looks the standout candidate to open the scoring and this selection adds value to our four-fold bet builder.

Morelos opened the scoring in the Champions League loss to Malmo and should be in the starting XI on Thursday, having been used sparingly with a late substitute appearance against Dunfermline last time out.

This looks a good fixture for overs backers in the corners market and we’re going with over 10.5 here.  Rangers forced 13 corners in their thrashing of Dunfermline and there have been at least 13 in total in each of their last three games.