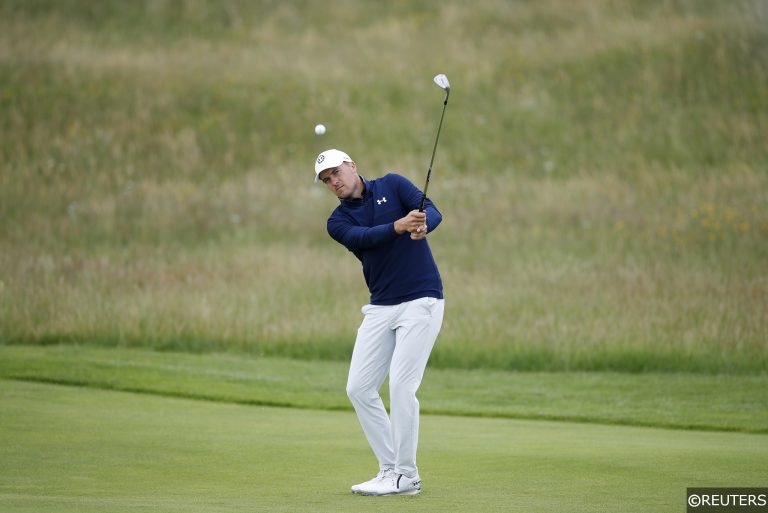 Golf’s oldest Major, the Open Championship, returns after a year-long delay at Royal St George’s, which last hosted the famous event in 2011, when Darren Clarke held off a number of stellar rivals to claim the Claret Jug.

US Open champion Jon Rahm heads the market at 17/2 but other top-class challengers will be ready to pounce if the favourite does falter around this exposed links layout.

We’ll also have daily 3 balls tips so make sure to check back on our golf tips page for those.

The Open Championship course guide & where to watch

Where to watch: Sky Sports Main Event & Golf, at 6.30am on Thursday

Rahm, who claimed his first Major in spectacular fashion at the US Open last month, is the right favourite but he has an ordinary Open record and his penchant for running hot could derail him around Royal St George’s, a track where patience will be required.

Brooks Koepka has enjoyed top-five finishes in the last two Majors but narrow preference is for Jordan Spieth, the 2017 Open champion who has enjoyed a return to form this year.

Spieth, a winner at Birkdale four years ago in the last Open to be staged on English soil, had been suffering from a long spell in the doldrums but a fourth-placed finish in Phoenix earlier in the year sparked the Texan back into life.

The three-time Major champion has gone on to win the Texas Open – one of six top-ten finishes form 11 stroke play events since Phoenix – and he looks a surefire contender in Major company again.

Strong driving has traditionally been the key to success at St George’s, and while that is arguably one of Spieth’s weaker attributes, he has ranked 19th from tee-to-green on the PGA Tour this season and his elite short-game skills – particularly his scrambling – could prove pivotal on and around the tough Sandwich dancefloors.

Branden Grace is another to have found his form in 2021 and the popular South African can cap an excellent year by contending for Major honours.

Grace, who won the Puerto Rico Open in February, has a superb links game – he carded 62 to shoot the lowest Major round in history at Birkdale in 2017 – and he finished fourth at the Memorial Tournament and seventh at the US before heading to Scotland for a respectable warm-up effort last week. He’s primed to go well.