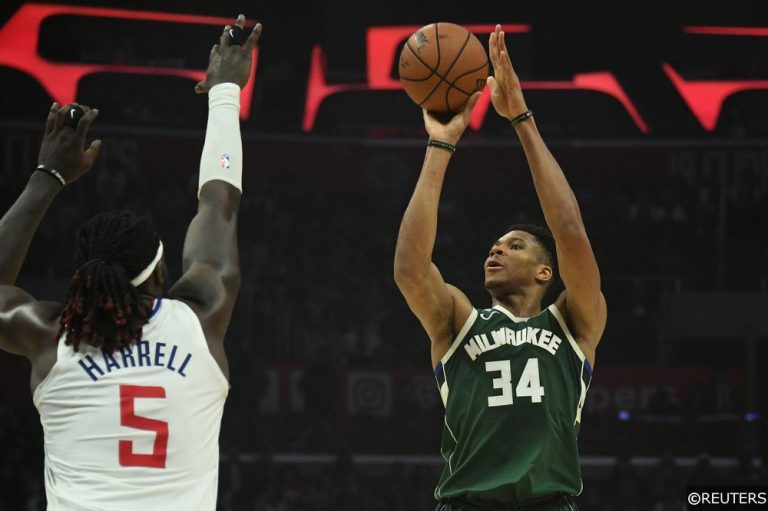 Our NBA tipster signed off ahead of the All-Star break with a 19/1 Bet Builder winner after a 9/1 both teams to score accumulator landed earlier in the evening.

Those were the highlights among seven winners on Thursday, read on to see what we backed.

The Sixers won by a three points to comfortably fall within his winning margin selection, while Embiid sank three of his four three-point attempts and Giannis scored two of his four attempts so see our 19/1 Bet Builder over the line.

Our NBA Bet Of The Day landed for the fifth day in a row thanks to Dallas Mavericks beating a -3.5 handicap in the Point Spread as they won 125-118 at New Orleans Pelicans, which was also combined with Charlotte Hornets +4.5 against Miami Heat as the NBA Double came in too.

Our NHL experts picked out Toronto Maple Leafs to beat Pittsburgh Penguins as their Best Bet and Toronto emerged as the 4-1 winners, meaning our US Sports Best Bets Double also came in.

Our Both Teams To Score Tips

We had two early games and two late games in our Both Teams To Score accumulator and the first leg over the line came at Camp Nou, with Barca equalising on the hour mark.

Rapid held a 2-0 lead over Vitesse and the Dutch side pulled a goal back with 74 minutes on the clock.

In the late kick offs, Porto and Lazio were level at 1-1 at the interval and Olympiacos held a 1-0 lead in Bergamo, with Atalanta scoring twice in quick succession after the break to see our bet home with plenty of time to spare.

Mehdi Taremi remained on the bench for Porto in their win over Lazio so was a void selection in our Bet To Net anytime goalscorer double, but Christopher Nkunku did the business for RB Leipzig in their 2-2 draw with Real Sociedad to give us another 2/1 winner.