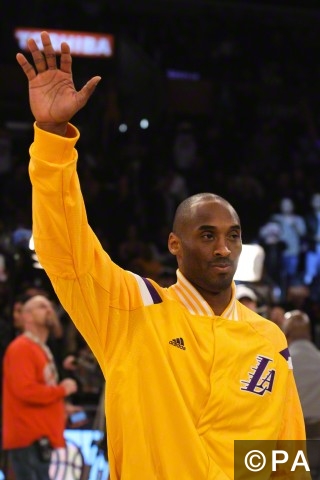 The 2016 NBA All-Star Weekend was one of the best in years so we’ve put together the best highlights from the Air Canada Centre in Toronto as the NBA paid tribute to 18 time All-Star Kobe Bryant who played his final All-Star Game.

The entertainment kicked-off on Friday night with the NBA All-Star Celebrity Game which included celebrities and ex-pro’s playing under coaches Drake (Team Canada) and Kevin Hart (Team USA). The game, which saw 4-time Celebrity Game MVP Kevin Hart come out of “retirement” to play again, ended 74-64 to Team Canada. Check out the game highlights below.

The NBA All-Star Celebrity game was followed by the Rising Stars Challenge which is basically an exhibition game between first and second year players. USA ended up beating the World 157-154 with Minnesota’s Zach Lavine being named MVP for the second year in a row as he contributed 30 points and 7 rebounds in the win.

NBA All-Star Saturday Night consisted of three events; the Skills Challenge, Three-Point Contest and Slam Dunk Contest. Check out the highlights of each below.

Big-man rookie Karl-Anthony Towns pulled off an upset to win the 2016 Skills Challenge as he beat one of the favourites in Celtics guard Isaiah Thomas in the final round.

For a second consecutive year, one of the Golden State Warriors took home the crown as Three-Point champion. Klay Thompson defeated teammate and last year’s champ Steph Curry in the final round as he poured in 27 points.

The most entertaining Slam Dunk Contest in recent years ended up in a showdown round between last year’s winner Zach Lavine and Orlando’s Aaron Gordon. As the judges kept marking both with flawless marks of 50, Lavine and Gordon kept producing some ridiculous moves that finally ended with Lavine retaining his dunk champ status. Check out their amazing dunks below!

It was a record-breaking All-Star Game on Sunday as the West beat the East 196-173, Indiana’s Paul George scored 41 points and Oklahoma City’s Russell Westbrook became the first player to win back-to-back All-Star MVP awards. There are always so many good highlights in the All-Star Game and this year was no different. The video of the top 10 plays below is definitely worth a watch!

Now the All-Star break is over, we head in to the second half of the season and the main stretch leading in to the ever-exciting playoffs. Make sure you bookmark our NBA picks page for free daily tips!