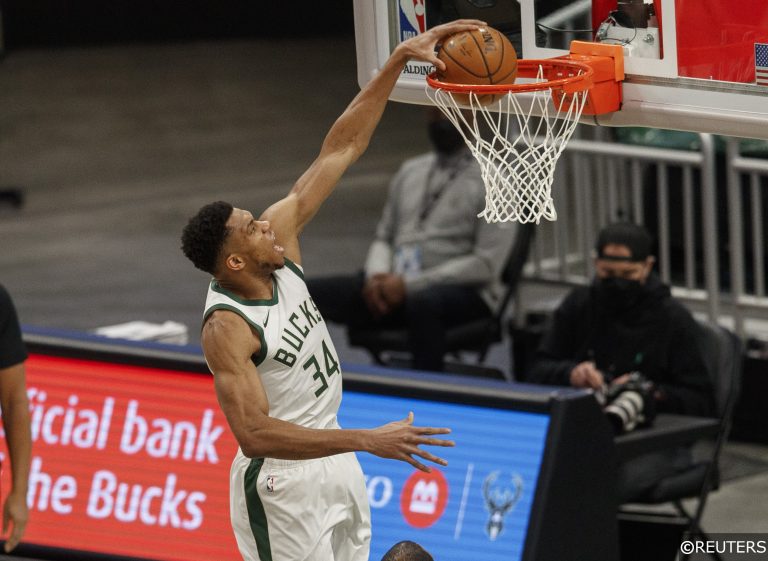 One year and one week after the 2019/20 NBA season ended, the 2021/22 campaign gets under way. The 2020/21 season was crammed into the middle, but now we’re back to the 82-game regular season, followed by the returning Play-in tournament and the Playoffs.

Ahead of Tuesday night’s big tip-off we’ve taken a look through all the major outright markets to find the best value bets. You can see all of our tips below, from this season’s award winners through to the side who will walk away with the Larry O’Brien trophy.

Don’t forget to keep an eye on our NBA predictions page, where we’ll post our daily NBA best bets and accumulators.

The LA Lakers have assembled a big three of their own to compete with the Brooklyn Nets’ superteam, but how much we will see of them is still up in the air. Kyrie Irving’s refusal to comply with New Yorks’ vaccine mandate means he can’t play for the Nets, who missed James Harden and Kevin Durant for large chunks of last season.

The Lakers also had an injury-hit campaign where LeBron James missed a key stage of the season, resulting in a seventh-placed finish in the West. Adding Russell Westbrook has caught headlines but a move which shunts Anthony Davis to centre doesn’t seem like the wisest in terms of taking them back to the top.

All that focus means people are sleeping on the defending champion Milwaukee Bucks. Two of their own big three – Khris Middleton and Jrue Holiday – clinched Olympic Gold weeks after star turns in the NBA finals. Finals MVP Giannis Antetokounmpo dominated in the playoffs despite struggling with injury and at 26-years old he’s not done yet. If Giannis builds on last season’s success, it’s hard to see how any team – or superteam – can compete. 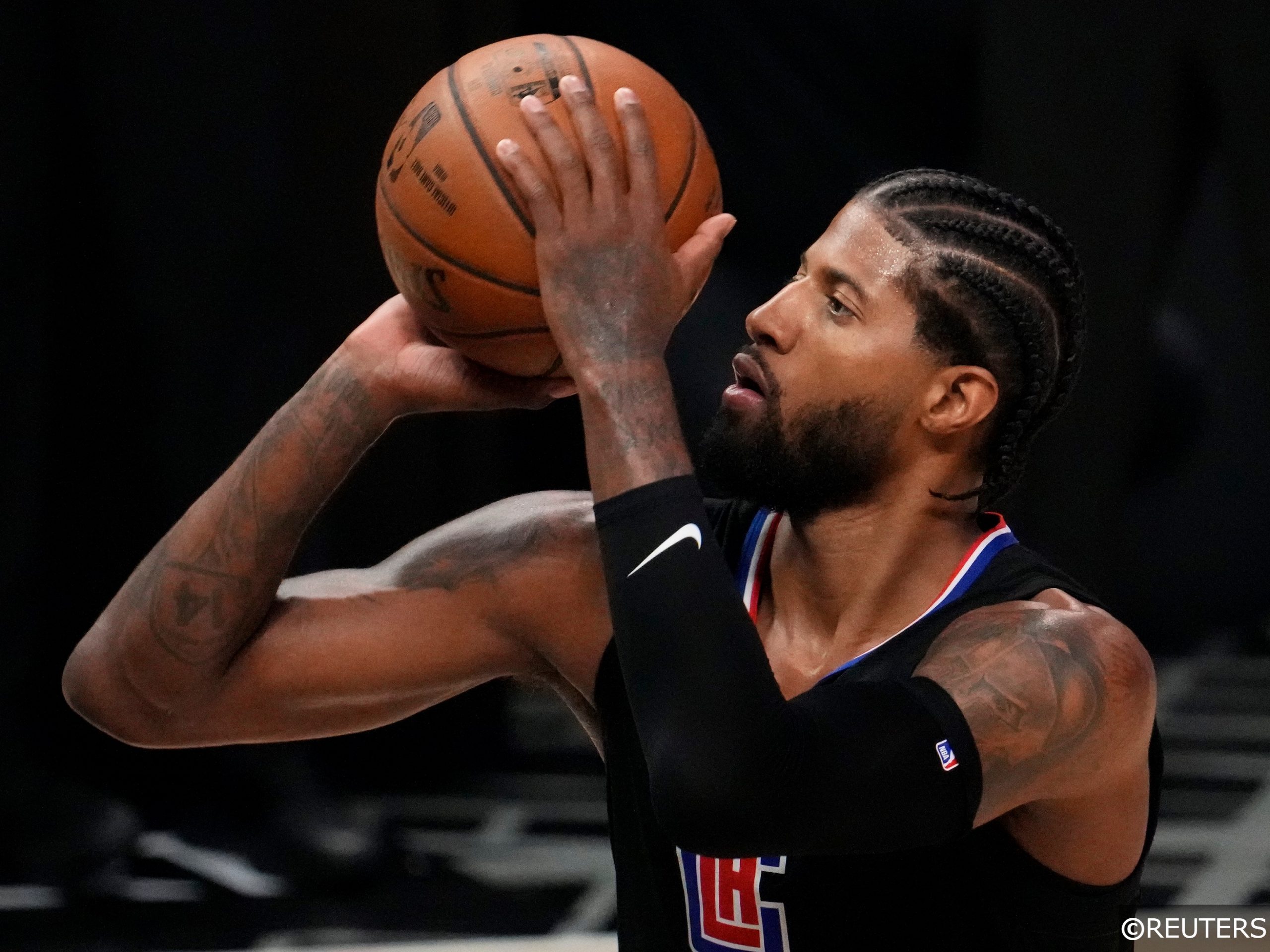 I’m backing Milwaukee to make it out of the East again, but it’s hard to see them facing the Phoenix Suns for the second year in a row. The West will be tougher this year, especially by the time the Playoffs roll around. While the LA Clippers right now look to be a bit off the pace of the Lakers and the Utah Jazz, by Spring things are likely to be different.

Paul George will need to carry the Clippers to the postseason, but superstar Kawhi Leonard could be back in time to feature by April. The two-time finals MVP elevated the Clippers into contenders since joining, but even without him they were two games away from winning the West in last season’s Playoffs.

Coach Ty Lue impressed in his first year in the job and I think he can get this Kawhi-less Clippers side quite far. The former Toronto Raptors star said he signed a new five-year deal in LA this summer with a view to playing before the end of this season, so I’m tipping the Clippers up in a Conference winners double with the Bucks. 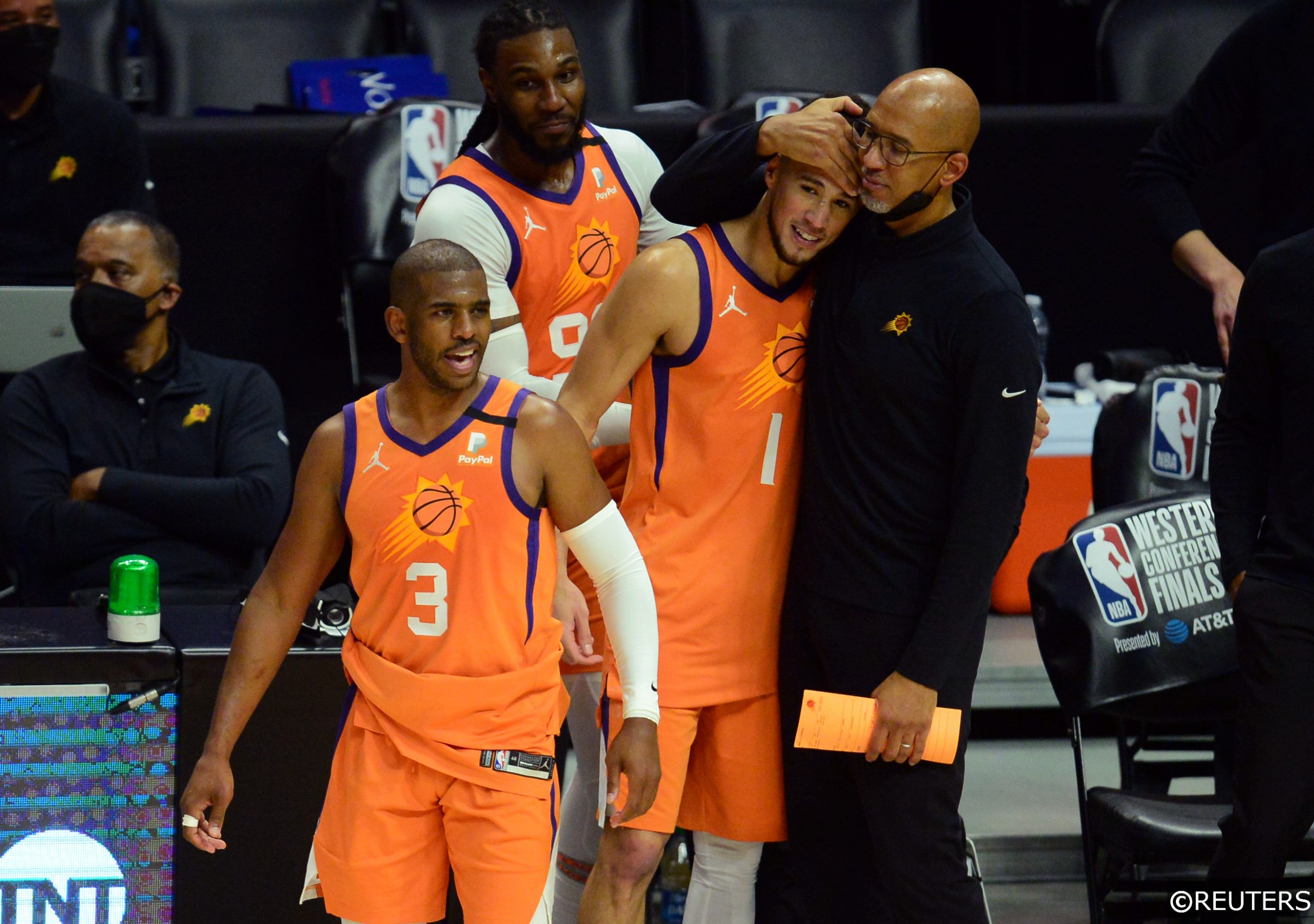 Each of the two Conferences break down into three divisions, which are mostly ceremonial. They’re ranked by regular season results, so teams still go all out to win them. We’ve picked out all six winners in a 20/1 accumulator, starting with heavy favourites the Brooklyn Nets and Milwaukee Bucks. The pair look unrivalled and their divisions and they should win them comfortably.

There is a battle in the Southeast, where we’re backing Trae Young and the Hawks to pip the Miami Heat. The Heat have a stronger side, but it’ll take a while for their side to settle. The Hawks thrilled on their way to the Eastern Conference Finals last term and their young side will only improve this time around.

Perennial postseason disappointments the Utah Jazz are likely to have one of the best regular season records, so they should comfortably win the Northwest. The Dallas Mavericks haven’t massively improved, but their talents relative to the rest of the Southwest should see them take the title. Finally, the Phoenix Suns might struggle to repeat their playoff success but their 51-20 record last term suggests they can top the Lakers in the Pacific. Giannis is fresh from securing his first title and he’s already looked fantastic in preseason, which has us backing him at a tempting 13/2 to take the MVP crown this season. He’s won the award twice in the last three seasons, with the fact that he was going for a hat-trick of titles the only thing to count against him last year.

Giannis was as good as ever last season and at 26 he’s entering his peak, which is a scary thought for the rest of the league. Expect the Bucks to be a contender this season at the very least and that will revolve around the performances of the Greek Freak. In the aftermath of last season’s title players and pundits were falling over themselves to label Giannis the best in the league, so expect him to be an MVP frontrunner this season.

Best bets for this week in our Long Haul Accumulator