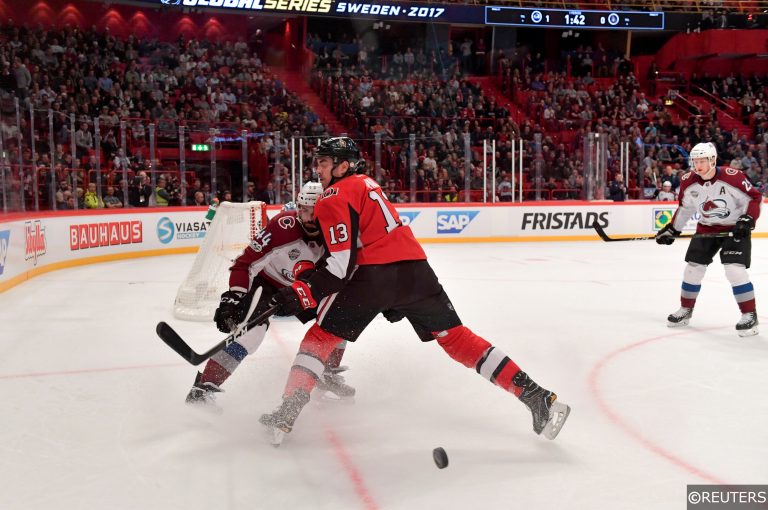 The NHL playoffs begin on Monday with 16 teams battling it out for Stanley Cup glory.

Our NHL tipsters ended the regular season strongly with 18 of their final 25 best bets landing, and we’ve called on their help for their outright picks ahead of the playoffs.

Read on to see who they think will go all the way and lift the prestigious trophy.

Colorado Avalanche had to come through a testing start to the season and had a few injury issues for stretches of the season but they still managed to clinch the top spot in the Western Conference.

The Avs have looked phenomenal in the second half of the NHL season and have a 38-9-4 record since the turn of the year. They’ve eased off since clinching first place in the conference but have the quality to pick up from where they left off once the playoffs resume.

Colorado have a stacked roster and are in a relatively weak Western Conference, so they can go all the way and secure the Stanley Cup this year.

Carolina Hurricanes surpassed the 100-point mark for only the second time in franchise history this season and they look ready to make a run in the playoffs after gaining some solid postseason experience in recent years.

The strength of the team is in the defense, which ranks number one in goals against (2.83) and shots allowed per game (28.08), and are solid on the road too. There are a few questions regarding their offense but if they can be a bit more clinical when chances come their way they could be real contenders in a highly competitive Eastern Conference.