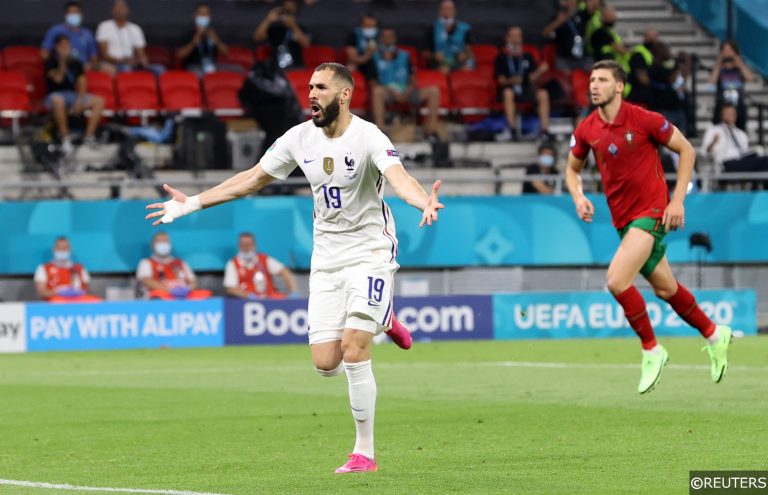 The UEFA Nations League feels like it has returned out of the blue this month, but the trophy will be lifted by either Spain or France in Milan this weekend. You can see our thoughts on that one in our Spain vs France predictions, but first you’ll probably want to take a look at the massive prediction we have below.

Ahead of the Nations League final we’ve put together a 237/1 Ultimate Bet Builder for the big clash. With so much talent on both sides we’re expecting a great game, which has lent itself to a massive price for our same-game multi tip, which you can back below.

France to lift the trophy

While this is a clash between two quality sides I see France edging it to lift the trophy. They have an experienced side who are reigning world champions, while the Spanish just got their first big boost in their rebuilding job in their Euro 2020 run.

While the Spanish impressed in midweek this is seen as a free-hit for them, with the focus on 2022 and beyond. Meanwhile, this French side should be hoovering up silverware and with so much quality in their squad back them to be victorious here.

Benzema’s return to the international stage has been a huge success, with the Real Madrid man notching five goals in his six games since returning to the setup after some time away.

He’s earned his place as the leading striker for the French after some inspired form in Madrid. Across his eight games since the end of the last international break Benzema has scored nine times, while he heads into this game having failed to score in just one of his last six starts for club and country.

Torres has become the focal point of the Spanish attack and he’s delivering in that advanced position. The Man City man has struggled to hold down a starting spot under Pep Guardiola, but he’s shown what he can do with regular minutes for the national side.

Torres scored twice in their midweek win over Italy, the third game running in which he’s scored for Spain. He will continue to lead the line this week, so we’re backing him to find the net for a Spain side who have scored in each of their last eight games.

Gavi to be booked

Gavi is the latest Barcelona midfielder to step up for the national side and his arrival on the international scene wasn’t quiet. He committed seven fouls in the win over Italy, while he is averaging three per game in the Champions League. Facing this French midfield is a huge challenge for the Barca man, who has been booked three times in his last seven games.

Hernandez is another great option in a French side which hardly needs any more. The AC Milan defender is set to start at left-wing back this weekend after notching the winner against Belgium. That follows on from good displays for AC Milan in the Champions League and Serie A, so we see him working Unai Simon in this game.