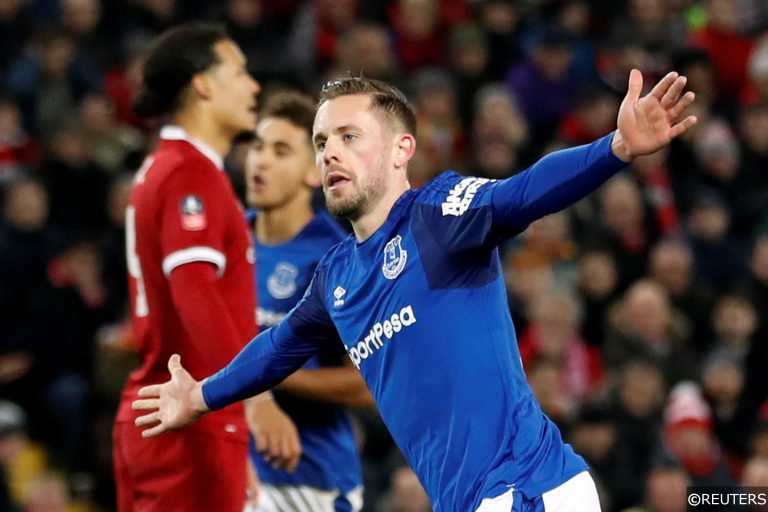 The season’s final round of Premier League fixtures will be contested on Sunday and we’ve been crunching the numbers to find backable patterns that should offer punters plenty of betting potential.

With those key numbers and statistics in mind, we’ve distilled data from the Premier League’s final fixture slate to come up with a selection of betting tips from some of the less favoured markets.

Check out our selections below along with our 26/1 Premier League stat attack acca!

For more detailed analysis of each of Sunday’s games, we recommend you check out our Premier League predictions page.

All of our tips and prices are quoted with bet365. They have the best range of markets for all of your Premier League betting needs and to suit our stats-based selections. We recommend you sign up for a bet365 account if you want to bet on the Premier League, or you can bet on mobile using their iOS app. New customers can claim up to £100 in bet credits.

Arsenal have Conference League qualification aspirations on the final day of the season, though the Gunners must overcome a tough opponent in Brighton to secure continental football

There is more riding on the result for Chelsea at Villa Park, though the hosts will be determined to put on a show for their returning fans in what could develop into a fascinating clash in the Midlands.

Leicester City need to go all out for victory at home to Spurs to keep their flickering top-four hopes alive on the campaign’s final day.

Liverpool can cement a place in the top-four with a victory over Crystal Palace at Anfield in what will be Roy Hodgson’s last game in charge of the Eagles.

Betting tip: Liverpool to score in both halves @4/7

It’s trophy presentation day at the Etihad Stadium where champions Man City will be aiming to finish their season with another high against Everton.

What’s left to play for in the final weekend of the season?