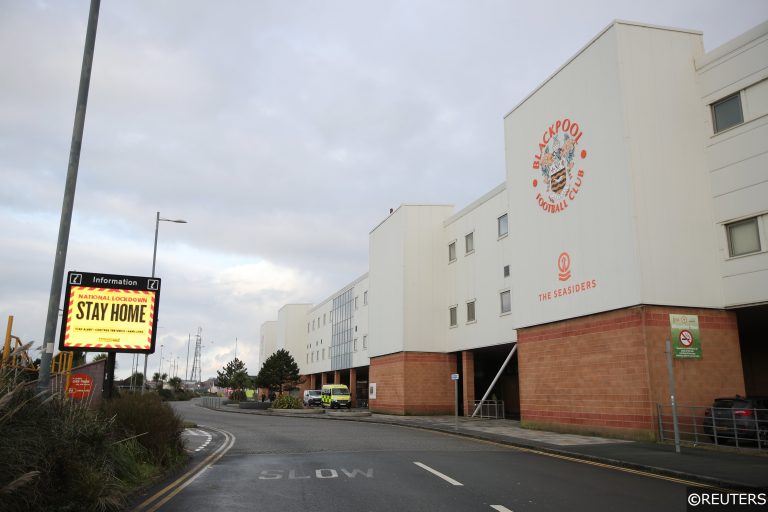 Bogey teams are one of those strange quirks you get in football, form goes out the window as one team seems to have some sort of almost inexplicable hold over the other.

We’ve scoured Saturday’s fixtures and come up with a ‘Bogey Teams’ bet where recent and/or historical records suggest one side has the measure of the other, irrespective of form and league positions. These tips may not necessarily line-up with our usual Match Predictions as the only stats we’re interested in here are the head-to-head record, aka the ‘Bogey Team’ factor.

This week we’ve kept it simple with just three selections on our bet rather than the usual accumulator.  All three are away from home in the Championship and together they combine for a 27/1 treble.

You can see our selections below, and don’t forget to check out our dedicated Football Tips section for all today’s tips.

Blackburn and Preston meet in a Lancashire derby in the Championship on Saturday and it is the visitors who have had the better of the meetings between the two sides in recent years.

Rovers sit in fifth spot in the table, 12 places but just eight points above North End, and they go into the game unbeaten in their last four. However, Preston won the corresponding fixture 2-1 last season and have won six of the last nine meetings between the two North West clubs, losing just once, so a win for the visitors is on our Bogey Teams Accumulator tip.

There isn’t much to separate Blackpool and Luton this season with the Seasiders just two points above the visitors after 20 games ahead of Saturday’s meeting at Bloomfield Road. The last three meetings between these two sides have finished all square, but going back a bit further Luton have been the dominant force.

The Hatters have won six of the last 10 meetings between the two sides, losing just once, and have three wins in their last five trips to Blackpool.

Hull are on a hot streak with four straight wins and the Tigers will fancy their chances of making it five in a row when they travel to Reading on Saturday. Hull have won two of the last three meetings between the two sides, with one draw, and going back a little further they have won six of the last 10 head-to-head games, losing just once.