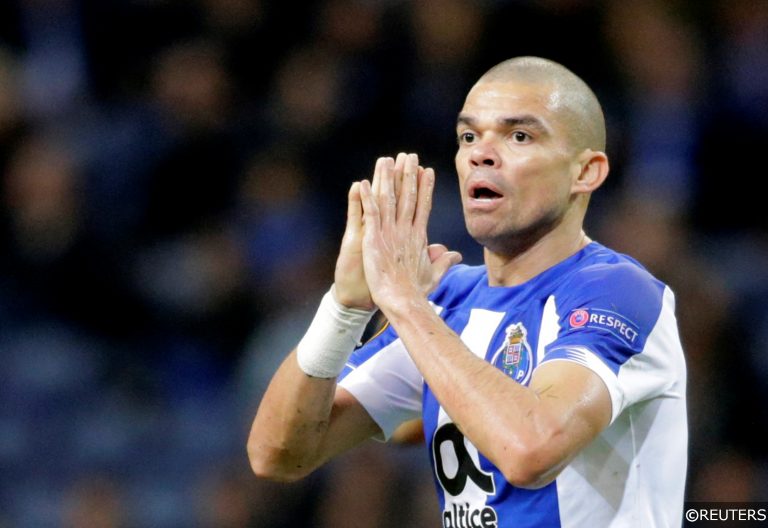 I’ve taken a look over Europe’s top flights and uncovered the teams who are in the hottest form right now across the continent.

There are six teams in Europe who are on winning streaks of six games or more and together they make up a 59/1 accumulator ahead of this weekend’s action.

I’ve used league form alone for the purposes of this accumulator, rather than include any domestic cup competitions where managers may rest players or European games as they don’t always reflect accurately on how a team may fare in a domestic encounter.  These selections are based purely on the length of ongoing winning streaks, for more detailed analysis on a huge number of fixtures check out our dedicated Match Predictions section.

Perhaps surprisingly, none of Europe’s big five leagues are represented here and there no teams from Holland or Scotland either.

So who are Europe’s most in-form sides right now? You can find out and back them in a six-fold accumulator below.

There are two teams from Portugal’s top tier in our bet and leading the way are Porto, who have won each of their last eight games in their domestic league. The Dragoes’ form in the cups has been less impressive as Sergio Conceicao’s men were dumped out of the Taca de Portugal in the third round by Santa Clara and in the Champions League they lost at Liverpool, but in the league they have been flying and currently sit at the top of the standings ahead of Sporting by virtue of a superior goal difference. Porto head to Portimonense on Friday evening as one of the legs of our bet.

Turkish outfit Trabzonspor won the last of their six league crowns in the 1983/84 season but they are in with a real chance of ending their wait for another title as they sit at the top of the pile with a healthy 10-point lead over nearest rivals Konyaspor after 14 rounds of fixtures. Abdullah Avcı’s men have won each of their last seven games and will bid to continue their winning run when Adana Demirspor visit on Saturday.

Sporting Lisbon have won their last seven league games and are involved in a three-way battle for the league title in Portugal with Porto and Benfica. The Leoes have a chance to claim a key win over one of their title rivals on Friday as they make the short trip to Benfica for the Lisbon derby.

Over the course of the last six games no team in one of Europe’s top divisions has fared better than Ukrainian outfit Shakhtar Donetsk, who have scored 18 goals and conceded just three during that run. Shakhtar are in action on Friday with a home game against FK Lviv in the first game of our bet to kick off.

Greek giants Olympiakos have won their last six games in the Super League and only Eintracht Frankfurt have managed to beat them in any competition since August, with the German side doing the double over Olympiakos in the Europa League. Next up for Pedro Martins’ unbeaten league leaders is a potentially tricky trip to island outfit OFI Crete on Saturday, with the hosts going into the game on the back of their own three-game winning run.

Brondby won the Danish Superliga for the first time since 2005 last season but made a terrible start to their title defence with just two wins in their first 11 games. The Drengene fra Vestegnen (Boys from Vestegnen) are right back in the hunt now though after six wins on the spin, and they sit just five points adrift of pacesetters Midtjylland in third spot.

I’ve bent the rules a bit for this selection as Brondby take on the current leaders in the Danish Cup rather than the league on Sunday. However, Brondby did win 2-1 at Midtjylland at the end of last month in the Superliga and at a big price look worth the risk going into the first-leg of their quarter-final tie this weekend.