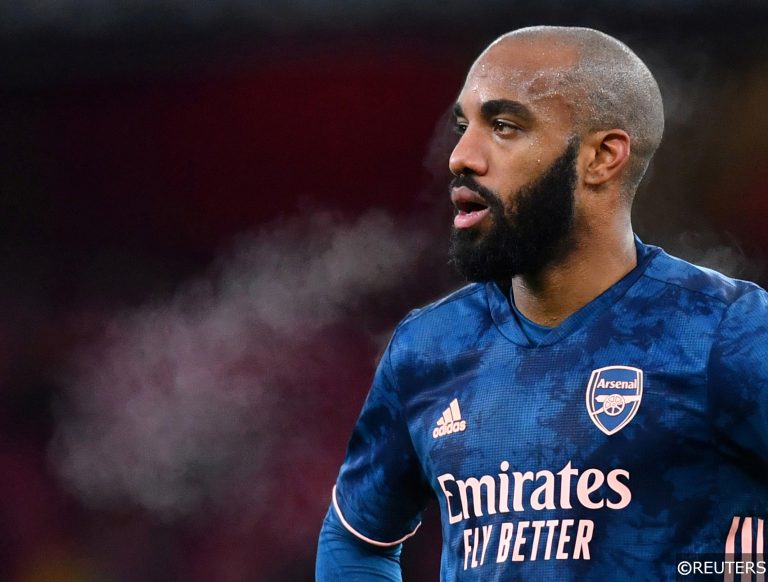 Arsenal travel to the Czech Republic on Thursday on the cusp of elimination and with their tie against Slavia Prague locked at 1-1 after the first-leg in London, the Gunners’ Europa League future hangs in the balance.

Mikel Arteta’s side thought they had established an advantage to take to Czechia after Nicolas Pepe’s late opener, though a determined Slavia outfit hit back even later with a potentially crucial away goal leveller.

Tensions are expected to be high in the return leg in Prague, and bet builder enthusiasts have plenty to work with for what promises to be a gripping encounter

Below, we’ve got tips for the match with that in mind, plus our own 28/1 bet builder acca – and remember – you can read our detailed preview of the clash in our Slavia Prague vs Arsenal predictions.

Slavia Prague gave as good as they got at the Emirates Stadium last week, and the Czechian outfit are revelling in the role of underdogs in this season’s Europa League.

Slavia upset the odds to beat both Leicester and Rangers in the tournament’s previous rounds, and they could cause another shock against Premier League big hitters Arsenal.

The clean sheet Arsenal secured at Sheffield United at the weekend was their first in 15 fixtures, and the Gunners are unlikely to keep another when they visit a formidable Slavia team in Prague this week.

Mikel Arteta’s side have found scoring goals at the other end much easier on the continent than in England this term however, and Arsenal have notched at least once in ten of their 11 Europa League games in 2020/21.

The Gunners traded goals with their opponents in six of their last seven fixtures in the tournament, and action at both ends is anticipated again on Thursday.

Attacking midfielder Nicolae Stanciu has been a talismanic figure for Slavia Prague this season, scoring and assisting three times in just six Europa League starts and notching in both legs against Rangers in the previous round.

His run of eight goals in his last nine appearances for Slavia is a superb return, and it’s also worth noting that Stanciu is Prague’s designated penalty taker.

Alexandre Lacazette has been in and out of the Arsenal team this season, though the Frenchman has been making more of an impact of late.

In three of this last four Premier League appearances, the centre-forward racked up at minimum of four attempts on goal, hitting the target with at least two of his efforts in each game.

Against Slavia in last week’s first-leg, Lacazette mustered a further four attempts, and though he failed to test Ondrej Kolar with any of his strikes, we’re backing the 29-year-old to improve his accuracy in the return fixture.