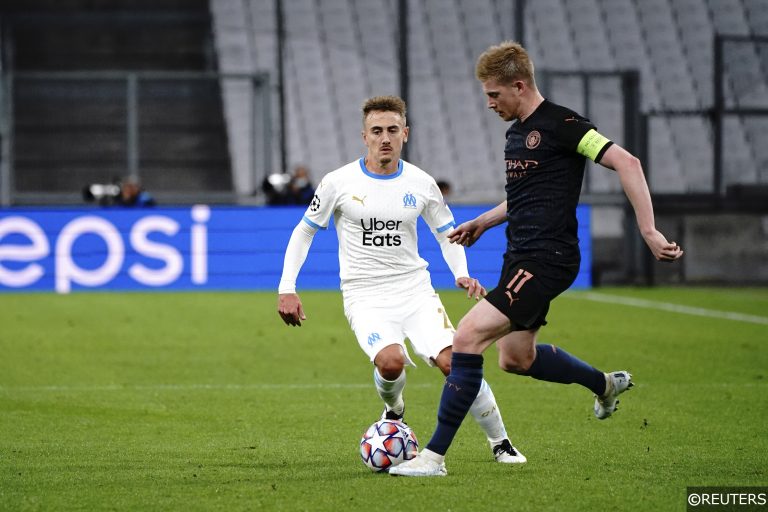 The second round of Ligue 1 fixtures take place this weekend and there are seven games on Sunday.

We’ve put together a 30/1 four-fold accumulator with two home favourites and two away underdogs, and we also have predictions for each game.

Both sides made impressive starts to the new season as Troyes were unlucky to fall to a 2-1 defeat at home to Paris Saint-Germain, while Clermont picked up a 2-0 win at Bordeaux.

Clermont finished the previous campaign with a nine-game unbeaten streak at home with seven wins and two draws.  That streak included a 1-0 success over Troyes, and we feel home advantage may prove the difference between these two evenly matched teams.

Reims ended last season with a 10-game winless run at home.  Les Rouges et Blancs did change manager over the summer, with Oscar Garcia replacing David Guion, but it may take a while for the former Watford and Celta Vigo boss to solve the problems he inherited.

Montpellier won seven of their final 12 away games last season, drawing four and losing just once.

These teams look evenly matched on paper but we feel the visitors may be able to nick this one at a big price.  Saint-Etienne lost just one of their final five away games, winning three, and they picked up a point at eventual champions Lille in their final away game last term. Lens were fairly strong at home last term but they did fail to score in their final two home games (D1, L1).

L’OM managed 10 wins in 19 Ligue 1 home games last season, with five draws and just four defeats, and are unbeaten in their last eight competitive games at the Velodrome (W6, D2) – while Marseille also won all five of their home games in pre-season.

Marseille haven’t lost at home to Bordeaux since 2008, a run stretching 14 competitive games, and have won the last four.

Lyon have dominated this fixture in recent years and have won the last five Ligue 1 meetings between the two teams.

Angers were better on their travels than they were at their Raymond-Kopa base last season. Le SCO managed just one win in their final six home games last term (D1, L4) and that success came against a woeful Dijon side.

Both teams scored in Lyon’s final seven away games last season (W4, D3) so we’re backing the visitors to win with both teams to score.

Brest picked up a surprise point with a 1-1 draw at Lyon in the opening round of fixtures and we feel they can back that up with another result against Rennes on Sunday.

Rennes also played out a 1-1 draw as they opened the season at home against Lens.  Les Rennais still appear to be a work in progress under Bruno Genesio, who took charge in March, and their performance against Lens was a little disjointed – particularly in attack.

Nantes claimed an unlikely point at Monaco in the opening round of Ligue 1 games and Metz also impressed with a 3-3 draw against Lille, although they did allow a 3-1 lead to slip away in the final 10 minutes.

Metz finished comfortably in mid-table last season, while Nantes survived via a relegation play-off win, and both of these teams may find themselves in the fight against the drop at some stage during the season ahead.

Metz were good travellers last season, however, and we feel they can get something at a Nantes outfit who managed just three home wins in 19 Ligue 1 attempts last season.

Our betting tips cover every major football league in the world, so it doesn’t matter if you’re looking for predictions in the Italian Serie A or the Portuguese Primeira Liga, we’ve got you covered.