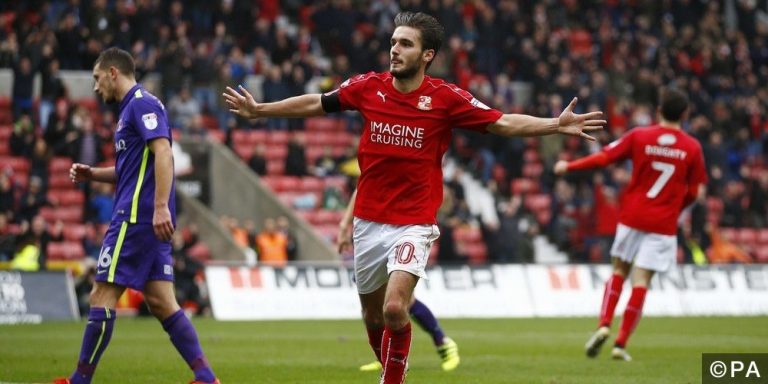 What a way to close out February! After landing 2 NHL Accumulators in the last 3 days, our tipsters have finished off the month in style with a 30/1 Match Goals Accumulator winner!

Our Match Goals Accumulator tips are off to a flyer! With this tip being a new feature to FST and only posted since 10th February, we have now landed 2 in 2 weeks! The previous winner was our 23/1 Over 2.5 Match Goals Acca on Valentine’s Day!

Get those winning betslips sents in!!!

The League One games included Bury vs Coventry & Swindon vs Gilingham FC. Both games were productive in terms of goals scored, which is exactly why our tipsters picked them for Over 2.5 goals bets. 65 minutes were needed in the 1st game for three goals to be scored and our bet to land, while in the second one our tip landed even faster after Swindown overturned a 1:0 deficit into a 2:1 lead in the 61st minute.

It was a different story in the League Two games though. After the Accrington vs Wycombe tip landed fairly easily in the 58th minute, we needed two very late goals both in both the Crawley vs Exeter & Hartlepool vs Crewe games. First it was Lewis Alessandra who scored the 3rd goal for Hartlepool to put the game beyond doubt for the home side and then it was Mark Connolly who scored a consolation goal for Crawley in their 1:2 home defeat against Exeter, which proved to be the dramatic winner we needed for our Acca to land!

The Accumulator netted us a solid £306.60 profit on Tuesday night!

Overall, we have finished February with a £400.50 profit margin on the Match Goals bet, which is pretty impressive considering we only just started doing this bet on February 10th!

Free Football Tips
Our football predictions are posted every night at 10 pm on our Football Tips page of the website. We have a decent variety of Accumulators each day!

Followers Bet Slips
A huge number of followers were on the accumulator winner and they shared their winning betslips with us on twitter:

@FootySuperTips you boys are on absolute fire!! Another winner on the overs!! Get in!! pic.twitter.com/9DrRFy7QUY

@FootySuperTips Thanks Guys Just little magicians u are again .. twice in one day with the NHL pic.twitter.com/FAFlJAWTih

By following us on there, you can also interact with us and share your opinions and winning betslips with our community!