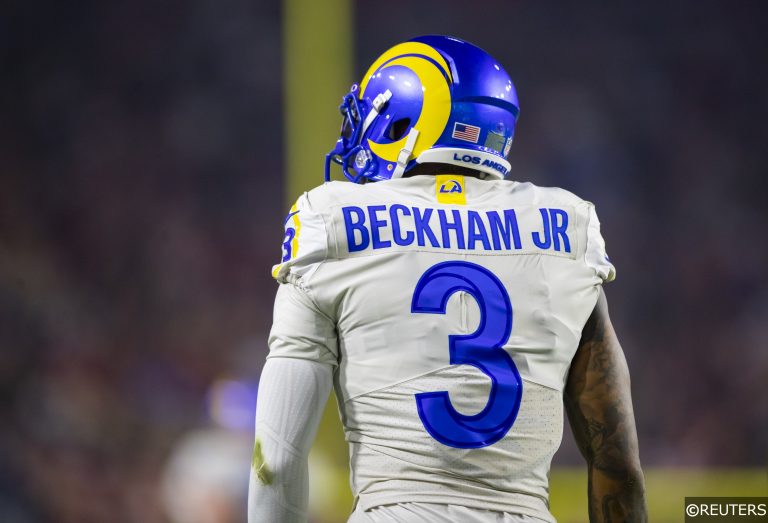 We’re on the eve of the biggest night in the NFL with Super Bowl LVI just around the corner. We’ve already covered the showpiece clash in depth, with our match preview and best early to bed bets already up.

However, a night this big just wouldn’t be complete without a bet builder. To mark Super Bowl 56, we’ve put together two bet builder tips for the big game including a massive 315/1 fivefold that you can find below.

Cincinnati Bengals to win by 1 – 13 points

Chasing the franchise’s maiden Super Bowl title in their first appearance in the big game in 33 years might prove too much for some quarterbacks but Cincinnati’s Joe Burrow has proven he’s not just any QB.

With the Rams going 2-5 against the spread in their last seven playoff games as a favourite and the Bengals covering the handicap in seven straight games, there’s every reason to believe Cincinnati can produce an upset. With the Bengals games staying close on their route to LA, take them to win by a margin of no more than 13 points.

Beckham Jr heads into the Super Bowl off the back of his best showing as a Ram, catching nine passes for over 100 yards in the NFC Championship win over the San Francisco 49ers. He’s established himself as a vital part of the Rams offence, catching six touchdown passes in his 10 outings for Los Angeles and is a big price to grab their first TD.

Meanwhile, the Bengals are likely to focus on shutting down Offensive Player of the Year Cooper Kupp. That could leave Beckham will plenty of one-on-one matchups against Cincinnati defenders and he’s in good enough form to take advantage of those situations. Given his big display last time out, back him to top 80 receiving yards.

Sony Michel to score a touchdown

Michel is expected to play a big part in this game in the place of Cam Akers, who is carrying an injury. Michel, a Super Bowl winner with the New England Patriots three years ago, has logged the most carries in the red zone for the Rams this year and has five touchdowns to his name. Back him to follow that up.

While the Chiefs’ superstar quarterback Patrick Mahomes buckled under the pressure of taking his team to the Super Bowl in the AFC Championship game, his Bengals counterpart couldn’t have been more relaxed. Burrow has been the catalyst for change at the franchise and we’re backing him for another impressive display.

There’s no doubt Burrow is a special talent but the Bengals have surrounded with him with the weapons to succeed too in Ja’Marr Chase and Tee Higgins, two top-quality receivers. Back him to top 278 passing yards as a result.

If you’re looking for a smaller priced option for Sunday’s game then you might want to consider our 30/1 bet builder. It’s fairly similar to the tip above, covering many of the same markets.