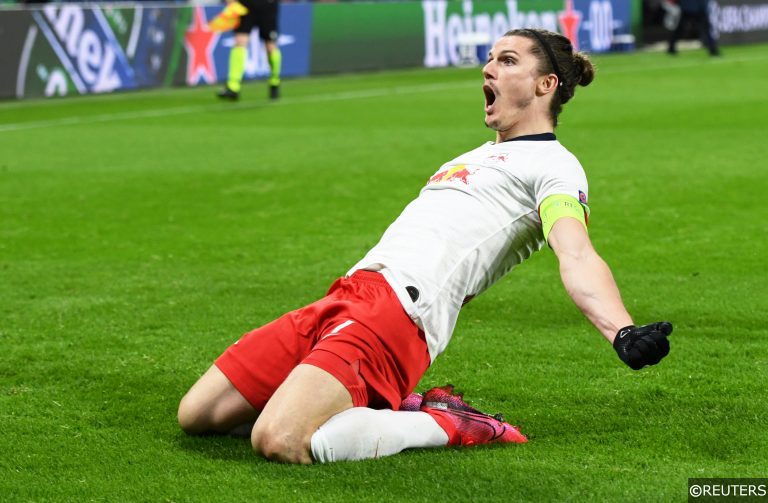 With their title hopes dwindling, RB Leipzig will be doubly determined to grab the runners up spot in the Bundesliga this season, and Die Roten Bullen can move ahead of Dortmund and into second place with a win over a rejuvenated Hertha Berlin side on Wednesday evening.

The club from the capital won’t be ousted easily however, having re-started their 2019/20 campaign with successive thumping wins over Hoffenheim (3-0) and local rivals Union Berlin (4-0) – results that should provide Hertha with a cocktail of confidence and momentum to go along with their new manager bounce ahead of their latest assignment.

When it comes to excitement, games between Leipzig and Hertha rarely fail to deliver. The club’s last five encounters alone averaged 5.33 goals per 90 minutes, and the reverse league clash between the teams this season in November produced a pulsating end-to-end slugfest that Leipzig eventually won 4-2.

Ahead of Wednesday’s re-match, here are five key individual battles that could decide RB Leipzig’s duel with Hertha Berlin.

Looking for more RB Leipzig vs Hertha Berlin predictions? Check out our match preview to see our exclusive betting tips.

Versatile midfielder Konrad Laimer will likely miss Wednesday’s game for Leipzig after he picked up a knee injury against Mainz, however, the equally adaptable Nordi Mukiele is a ready-made replacement.

The 22-year-old is one of a number of rapidly developing young players at the Red Bull Arena, though he should have his burgeoning reputation tested by a red-hot Matheus Cunha.

With his first team opportunities limited, Cunha left RB Leipzig to join Hertha in January this year, and after a relatively slow start, the Brazilian’s performances started to spike just before the campaign was postponed in March.

The 21-year-old got straight back into the groove when play resumed, scoring in each of Hertha’s first two matches against Hoffenheim and Union Berlin to take his tally to four goals in as many Bundesliga games.

Cunha racked up nine attempts on goal (four vs Hoffenheim, five vs Union) in his last two German top tier run outs, and and having been handed more creative responsibility by new Die Alte Dame coach Bruno Labbadia, the 21-year-old will be out to show his old employer’s what they’re missing.

Explosive striker Timo Werner has an excellent scoring record against just about every team in the Bundesliga, and unsurprisingly, the German international has found plenty of success in front of goal against Hertha.

The long-time Liverpool target has scored seven times against the Berliners since first appearing against them in 2016, and fresh from a superb hattrick in RB’s 5-0 obliteration of Mainz at the weekend, Werner will be aiming to put his razor-sharp finishing to good use again on Wednesday.

Key Hertha centre-half Dedryck Boyata will have his work cutout to keep Werner under wraps at the Red Bull Arena. The physically imposing 29-year-old is one of his team’s most consistent performers, though his record of seven bookings in 22 Bundesliga starts this season points to his penchant for a mistimed tackle or two.

Serbian midfielder Marko Grujic is officially still a Liverpool player, though the 24-year-old is currently enjoying his third successive season on loan away from his parent club.

The 6’3” enforcer is regularly deployed as one of Hertha’s deepest lying midfielders, and his high fouls and low average passer per game figures, which stand at 2.1 and 39.6 respectively, serve to highlight the sort of role Grujic is generally given.

The destroyer, who has been booked seven times this season, will need to employ every inch of his disruptive skills to limit Marcel Sabitzer’s impact on Wednesday’s tussle.

With nine goals and six assists in the Bundesliga already this term, the marauding Austrian midfielder is one of RB Leipzig’s biggest goal threats, and having registered against Hertha back in November, the 26-year-old is primed to do some damage again.

At 28, Halstenberg is one of the most experienced players in Julian Nagelsmann’s squad, though the reliable former Borussia Dortmund reserve teamer is happy to play the role of unsung hero.

Whether he is deployed at left-back or the furthest left of a central defensive three, Halstenberg will likely come up in regular opposition to Dodi Lukebakio on Wednesday.

The flying Belgian winger is enjoying a fine debut campaign with Hertha, notching six goals and five assists in 18 starts for his new club, having joined from Premier League side Watford last year.

RB Leipzig assist machine Christopher Nkunku has already laid on a whopping 12 assists for his teammates in the Bundesliga this season, however, having failed to provide in any of this last three Bundesliga appearances, the Frenchman will be itching to get his numbers moving again against Hertha.

Nkunku likes to drift inside from his left-sided starting berth, and his movement is certain to cause Hertha right-back Peter Pekarík a problem or two.

The 33-year-old had barely featured at all for Die Alte Dame before new coach Bruno Labbadia’s appointment, though the veteran has been drafted in from the cold since the switch in the Hertha dugout and will likely keep his place in the team’s backline for Wednesday’s contest.