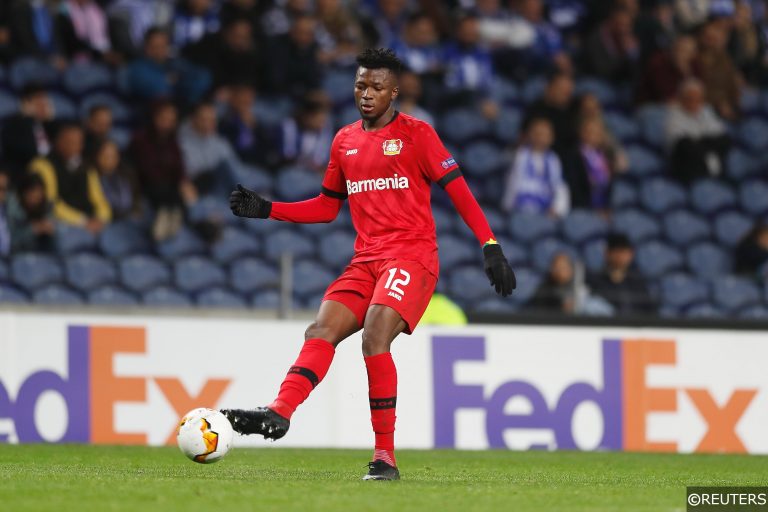 The 2019/20 Bundesliga campaign kicked back into gear last weekend and the consistently exciting German top flight picked up where it left of before the break, delivering a whopping 27 goals across the division’s nine fixtures between Saturday and Monday.

Deutsche fußball’s reputation as one of Europe’s most attack-minded leagues is well-earned, however, there are plenty of protagonists at the other end of the pitch that are also producing the goods.

Even the most casual of Bundesliga fans will be up to speed on leading defenders like Benjamin Pavard and Mats Hummels, while the emerging Alphonso Davies has also become a household name in recent months – though other rearguard regulars excelling across Germany deserve their share of the spotlight too.

To that end, we’ve compiled a list of seven Bundesliga defenders that are worth keeping in eye on as the season progresses.

Paired alongside Matthias Ginter at the heart of the Bundesliga’s third best defence, Swiss centre-half Nico Elvedi has enjoyed a fine campaign for Marco Rose’s fast-improving Die Fohlen outfit in 2019/20.

Comfortable in possession and an excellent reader of the game, Elvedi has appeared in all but one of Gladbach’s Bundesliga fixtures this term and ranks near the top at the club for average tackles (1.6), interceptions (2.3) and clearances made (3.5) made per 90 minutes.

Elvedi has already been linked with moves to Premier League pair Arsenal and Tottenham, which is no surprise given the 23-year-old’s obvious potential.

Bayer Leverkusen raised a few eyebrows when they splashed out €18 million to sign relatively unknown centre-back Edmond Tapsoba from Portuguese club Vitória Guimarães in January – a fee that could climb as high as €25m altogether if certain objectives are met.

After a somewhat ropey debut in Bayer’s 4-3 win over Dortmund on February 8, the 23-year-old’s subsequent performances soon allayed fears that Bayer might have overspent.

The Burkina Faso international has appeared 10 times in all competitions for Die Werkself since his winter window switch, and Tapsoba has yet to finish on the losing side for his new club – though that record should be firmly tested when Bayer Leverkusen travel to play Borussia Monchengladbach this weekend.

The defender’s passing skills have been particularly eye-catching, and Tapsoba has completed 92.3% of his attempted passes in the Bundesliga since moving to Germany, while averaging a bone-crunching 3.0 tackles per game.

20-year-old Evan N’Dicka is one of several young French defenders currently strutting their stuff on the Bundesliga stage.

The Parisian moved to Frankfurt from Auxerre in 2018 and quickly established himself as one of the most promising up and coming players in his position in the German top tier, and was nominated for the Rookie of the Season award following an excellent first year in the Bundesliga

Standing at 6’4” tall, N’Dicka carries a physically imposing presence and has ample pace to make up for his current imperfect positioning. Many of Europe’s leading clubs have already identified N’Dicka’s raw talent and the youngster isn’t expected to be at the Commerzbank-Arena for long. 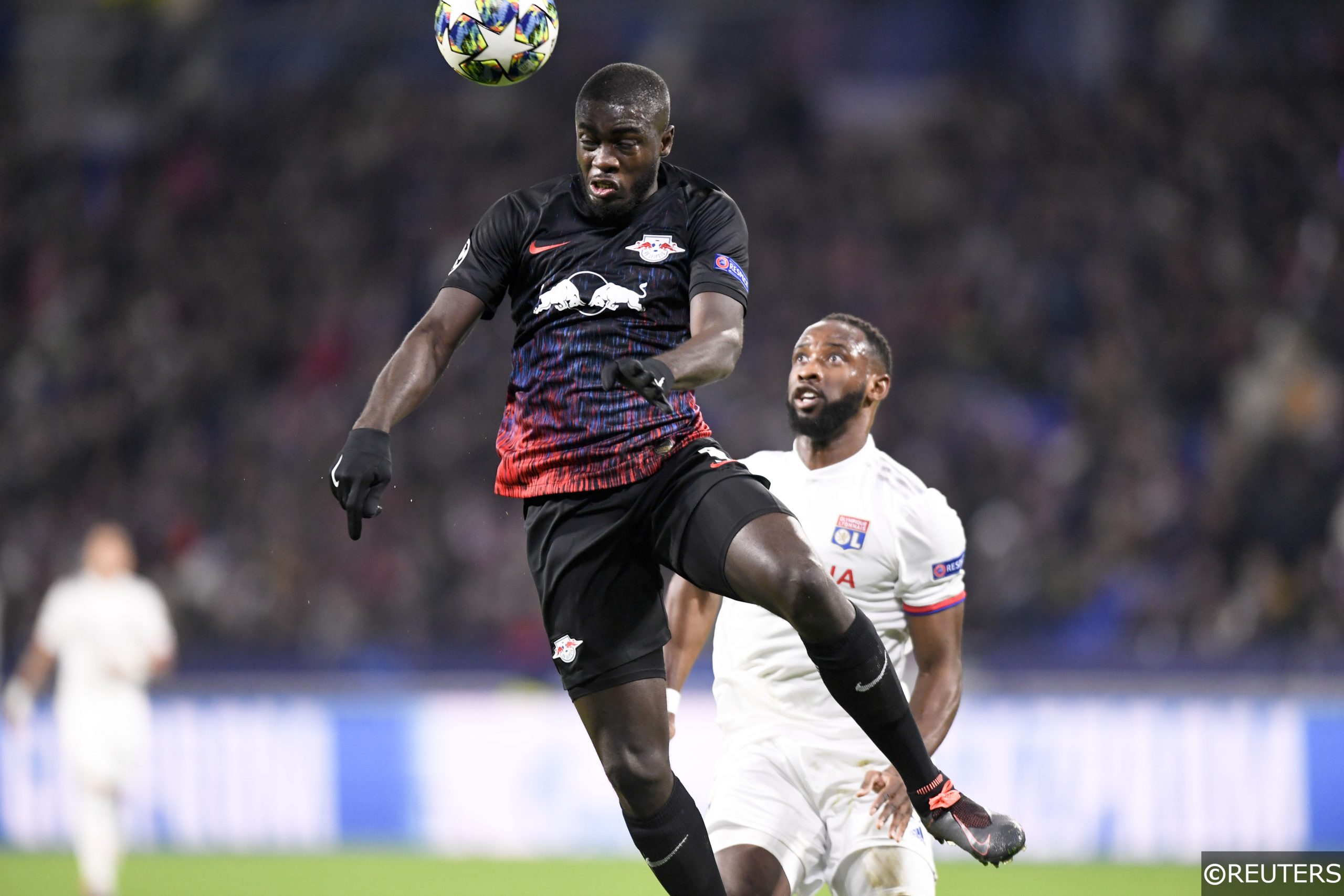 Like his compatriot N’Dicka, Dayot Upamecano left France at an early age to continue his development in Germany, though the 21-year-old is currently a class above his French counterpart at Frankfurt.

Upamecano has been a regular in a strong RB Leipzig team for three seasons now, and is helping to provide a defensive platform for their outsider title challenge to spring off this term.

The multi-talented centreback has matched the high standards he set in the Bundesliga this season with some sparkling displays in the Champions League – performances that solidified interest in his services from the Premier League and La Liga.

Upamecano is certain to have his pick of clubs when he eventually decides to leave Die Roten Bullen, and a move could transpire this summer.

Nordi Mukiele gets a little less attention than his defensive teammate Upamecano, though the versatile 22-year-old’s under the radar progress over the last 12 months has been impressively rapid.

The fullback has been one of RB Leipzig’s most consistent operators in 2019/20, but while he rarely puts a foot wrong while carrying out his defensive duties, his output further up the field will need to improve.

Mukiele has no goals and just one assist to his name for the campaign so far, which suggests that centre-back – a role he has filled half a dozen times this season – could be his favoured position in the longer term.

Schalke beat off a number of competitors to sign central defender Ozan Kabak from Stuttgart last summer, parting with a cool €15m to land the in-demand Turkish international.

The 20-year-old’s first year in Gelsenkirchen has been marked by the kind of peaks and troughs you’d expect a player of his age to hit – though there have been more than enough flashes of his capabilities to suggest that his future remains bright.

Kabak has made 19 Bundesliga appearances in total this season for David Wager’s side, chipping in with three important goals against Augsburg, Fortuna Dusseldorf and Wolfsburg along the way.

The all-action former Galatasaray star is Schalke’s next talisman in the making.

Newly promoted Union Berlin have acquitted themselves admirably in their first season in the Bundesliga, and 23-year-old centre-back Keven Schlotterbeck played a key role in their success.

The defender, who is on loan at Berlin from SC Freiburg, was starting to blossom with Union after a sluggish start before a knee injury in November kept him on the sidelines for two months.

Schlotterbeck returned an improved player after his layoff however, and was playing the best football of his career before the season was temporarily postponed.