5 key battles that could decide Union Berlin vs Bayern Munich 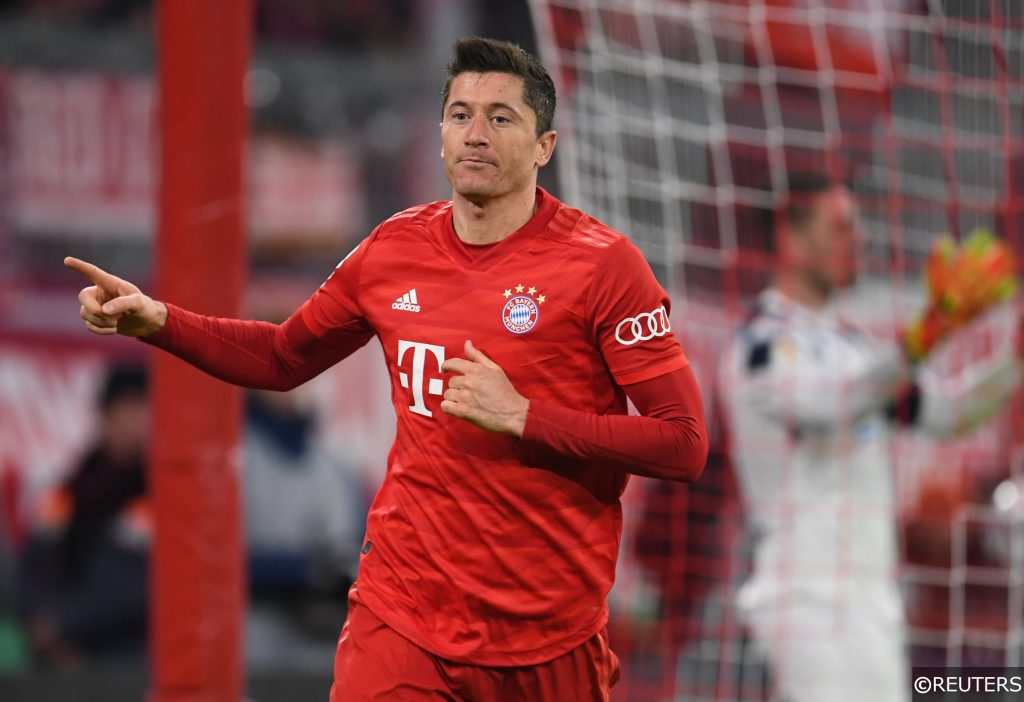 After watching three of the top four Bundesliga teams make their behind-closed-doors debuts on Saturday, reigning champions and current league leaders Bayern Munich will spring back into action on Sunday as they visit surprise package Union Berlin. The game will be broadcast live on BT Sport 1 and bet365.

The plucky underdogs are playing their first ever season in Germany’s top flight but, despite their inexperience, they find themselves 12th in the table and still in the picture for Europa League qualification.

They have beaten the likes of Borussia Monchengladbach, Borussia Dortmund and Berlin rivals Hertha Berlin so far this season, but a hosting of the heavyweights of German football is one of their biggest tests so far. Their trip to the Allianz Arena back in October saw them lose 2-1, but Die Roten have improved significantly since then.

The most successful side in Bundesliga history come into this match having won 10 of their last 11 competitive games and you can find all our Union Berlin vs Bayern Munich predictions here. For now, let’s take a look at exactly where Sunday’s match could be won or lost.

Bayern Munich marksman Robert Lewandowski is in the form of his life this season, and that’s saying a lot for a player who has scored 330 goals in 462 competitive games since his move to Germany in 2010.

The Polish striker has scored a phenomenal 39 competitive goals for Bayern this season, 25 of which have come from 23 Bundesliga appearances. Unsurprisingly he is leading the way in the scoring charts, and he’ll be eyeing up Gerd Muller’s 1971/72 record of 40 goals.

That looked beyond him before the forced break in play after he was ruled out for over a month with an injury, but the lockdown has allowed him time to return to full fitness. He comes into this game having scored 16 goals in his last 14 competitive appearances and he was on the scoresheet when Stern des Sudens beat Union Berlin in October.

The unenviable job of stopping Lewandowski will fall to Union Berlin’s star centre back Florian Hubner, occupying the central spot in a three-man defence. Standing just shy of 6’4″, Hubner should have the beating of his opponent in the air but he’ll have to be on his game to keep tight to one of the most lethal frontmen in world football while his fellow defenders Neven Subotic and Keven Schlotterbeck are occupied with the likes of Serge Grabry, Kingsley Coman and Thomas Muller.

Former Arsenal reject Serge Gnabry is another player to have stepped up to the mark for Die Roten this season. The 24-year-old has found the net 18 times for his club this season and has shown massive improvements in his recent games.

In fact, Gnabry has scored six goals and assisted three more in his last six competitive appearances. That’s a far cry from the player who made just 10 appearances over four years with Arsenal before being shipped off to Werder Bremen for a meagre €5m.

The task to stop Gnabry will likely fall to Christopher Lenz. The 25-year-old has often been employed as a flying wing-back this season, but he’s likely to slot into a more defensive role in order to counteract Bayern’s incredible attacking talent.

This shouldn’t be a problem for Lenz. He tops the charts for tackles per match for Union Berlin (2.6) so will give it his all to counteract Gnabry’s dribbling ability. Whether this will be enough to stop the rising talent of Gnabry remains to be seen. 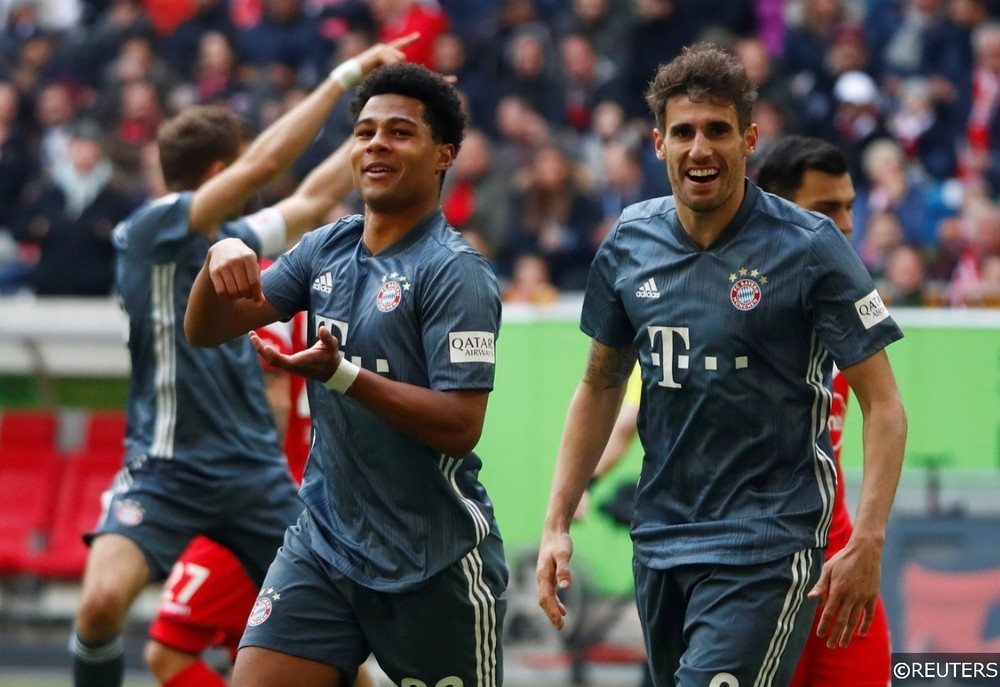 Swedish striker Sebastian Andersson leads the way in the goalscoring charts for Union Berlin with 11 goals from 25 appearances, making him the 5th highest scorer in the top flight this season.

It’s clear to see where the 28-year-old will try to press his advantage, too. Andersson has won more aerial duels (207) than any other player in the Bundesliga, almost than double that of 2nd place Sven Bender (118). He has scored in three of his last four appearances and, if he can get the service, will be a constant thorn in Bayern Munich’s side.

The task to stop Andersson will fall to Jerome Boateng, the taller and most proficient in the air of Bayern Munich’s two main centre backs. He is almost exactly the same height as his opponent and has won an average of 1.4 aerial duels per match, although that fairly low average is likely to be skewed by Bayern’s dominance of the ball in most matches.

Still it’s hard to see Andersson, who has won a staggering 7.5 aerial duels per match this season, giving up much ground to Boateng. He will be a real danger to Manuel Neuers goal if he can get the service.

The onus for providing this service will fall to Christopher Trimmel. The right wing-back is likely to have more defensive work to do today, but his attacking credentials outweigh those of Christopher Lenz on the other side of the pitch.

As such, he’ll be given a bit more encouragement to push forward and leave the defensive duties to the central defensive trio, pitting him up against Bayern Munich’s breakout left back Alphonso Davies.

Trimmel’s seven assists this season make him the most creative provider Union Berlin have and he’ll certainly put Davies to the test. That being said, Davies does lead the way for tackles per match for Bayern Munich (2.3) so he should have him covered from open player.

However, Trimmel’s main threat lies in his set pieces. In fact, while he has put a significant number of crosses in from open play (48), all seven of his assists have come from free-kicks and corners.

Bayern Munich’s teenage Canadian full back may have the beating of Trimmel on the pitch, but he has to make sure he isn’t giving away needless set pieces.

Union Berlin are far from a one-dimensional team. They may rely on Andersson’s aerial prowess for most of their goals, but they are threatening from other areas of the pitch too.

Marius Bulter is the perfect example of this. The versatile midfielder has been operating in an advanced midfield role for much of this season, with five of his seven league goals coming from his time in the attacking midfield berth.

He has averaged 1.5 dribbles per game, which is far more than any other Union Berlin player to have played a significant portion of the season. His goal record shows just how dangerous he is if he breaks through the midfield lines and Thiago will be the man in charge of stopping that from happening.

The Spanish midfielder is now operating as part of a deeper two-man midfield for Bayern and, while Joshua Kimmich can be found careering between both boxes, Thiago is a more permanent fixture in the centre circle.

The former Barcelona player is second only to Alphonso Davies in tackles per match (2) and tops the Bayern Munich charts for interceptions per match (2). He’s a creative force from deep as well, but his main task on Sunday will be to neutralise Bulter’s threat and avoid giving away too many of those dangerous set pieces in the process. 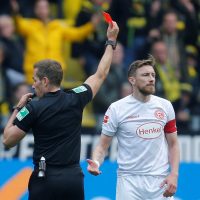