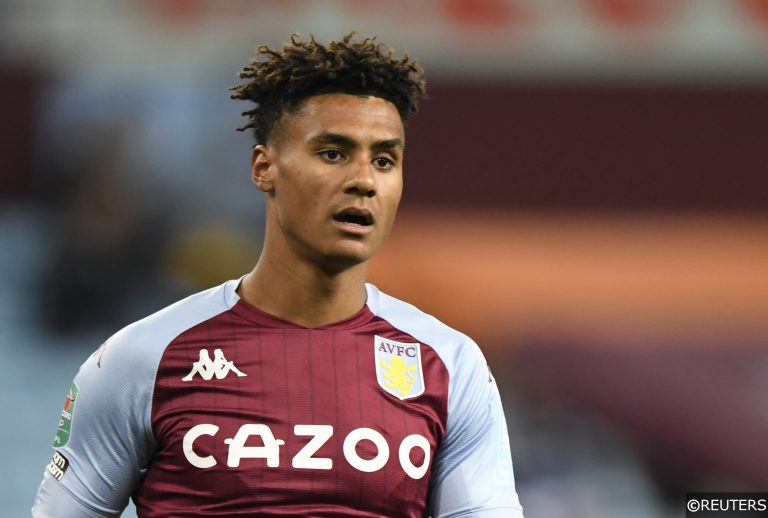 This week, UEFA announced that countries competing at this summer’s Euro 2020 tournament will be able to pick a 26-man squad – an increase on the usual 23 – as they protect against potential COVID outbreaks and fatigue after the gruelling domestic season.

The rule change will be music to the ears of fringe players across the continent whose chances of making the cut for the Euros has suddenly increased.

In England – where the pool of talent is particularly deep – a number of international hopefuls now have extra motivation to perform between now and the end of the club football campaign.

Below, we take a closer look at some of those hoping to catch Gareth Southgate’s eye.

Gareth Southgate controversially chose to omit Liverpool star Trent Alexander-Arnold for the March internationals following a poor run of performances from the right-back, though the gifted 22-year-old should be able to force his way back into the Three Lions picture for the Euros.

While Southgate is spoiled for choice at fullback, few players can match Alexander-Arnold’s crossing accuracy and set-piece delivery, and the bookmakers have priced the Liverpool defender as odds on to add to his 12 senior caps for a reason.

James Maddison’s off-field indiscretions seem to have hit his England hopes hard, and there is a good chance that the once-capped Leicester midfielder will be a spectator rather than a competitor this summer.

Maddison had been lumped into a sort of “one or the other” conundrum alongside Jack Grealish, though the Aston Villa talisman has gone on to establish himself as an England regular, leaving Maddison underused and maybe a little underappreciated on the sidelines.

Ollie Watkins has made the transition from the Championship to the Premier League look seamless during his debut top-flight season and his excellent performances for Aston Villa were rewarded with a call up to Gareth Southgate’s England squad for the first time in March.

The 25-year-old notched from the substitutes bench against San Marino to mark his debut in style, and his channel-running, penalty box poaching style of play could offer Southgate an alternative to the other forwards in his stable.

Only five players have scored more goals than Leeds United’s Patrick Bamford in the Premier League this term. However, while the 27-year-old has made his desire to play for England public, a call-up hasn’t been forthcoming.

With several higher-profile stars currently ahead of Bamford in the Three Lions’ pecking order, any involvement at Euro 2020 seems unlikely barring a massive injury crisis. Bamford has also become less prolific as the season has progressed, and at the time of writing, he has scored just twice in his last 12 league appearances.

Manchester United’s teenage prodigy Mason Greenwood had been suffering from a dose of “second season syndrome” in the early exchanges of the campaign, though the wonderkid seems to have rediscovered his vigour in recent weeks.

The 19-year-old, who has won just one cap for England so far, has bagged six goals in his last eight appearances for Man Utd, and his late season surge could make him an interesting wildcard selection for Southgate’s summer roster.

Despite playing four times for the Three Lions in 2020, Arsenal youngster Bukayo Saka didn’t feature in any of England’s March internationals after the turn of the year, though he still has time to turn the situation back in his favour ahead of the Euros.

Saka’s form has tailed off over the past month, though the 19-year-old could be a little jaded following a hectic campaign. The Gunners’ academy graduate’s versatility, alongside his obvious technical quality, will appeal to Southgate however, and Saka looks a solid bet to make the Euros.