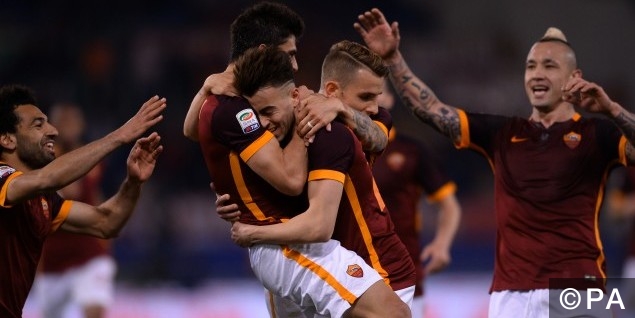 FST cannot stop accumulating their Half Time Accumulator profit this month! A 7/1 winner on Wednesday night gave us £500 profit on HT Accas alone for September. What a month it has been.

LIKE IF YOU WAS ON + SEND US YOUR SLIPS! pic.twitter.com/yDJVWKglAh

Due to there being a lot of football on Wednesday night, our inplay tipster decided to put together a simple 5 fold tip during half time of the 7.45pm kick offs. 3 games come from the EFL Cup, with the remaining 2 coming from Italy’s Serie A.

We start off in Italy, with Roma leading 2-0 at HT. The tip for this opening leg of the HT Acca was Roma to win the 2nd half. They had been dominant up until the break and our tipster rightly predicted they would be as strong in the 2nd half. A brace from former Man City man Edin Dzeko in the opening 15mins of the restart, gave us a great foundation to go on with. The game finished 4-0, with Crotone also missing a penalty on the hour mark.

The next game in Italy was Genoa Double Chance vs a strong Napoli side. Napoli had not dominated the game as anticipated in the opening 45mins, so our tipster went with Genoa Double Chance as the home side were keeping Napoli at bay very well. The game saw 0 goals in the whole 90mins, therefore leg 2 winning.

A struggling Man Utd side were looking to boost morale in Wednesday’s fixture away at Northampton Town in the EFL Cup. Jose Mourinho fielded a strong side, including Michael Carrick who made his 1st competitive start under the Portuguese manager this season. Ironically, it was Carrick who scored the opener for United to put them 1-0 up. 3mins before the HT break, United conceded a penalty which Northampton duly converted. 1-1 at the interval. With a huge gulf in class between these 2 sides, our tipster backed United to go on and win the game, despite the lack of dominance. An assist and a goal for starlet Marcus Rashford saw Man Utd through with a final score of 3-1.

A very boring 1st half in South Wales saw Swansea keep Man City to a 0-0 scoreline at half time. However, with City under Pep Guardiola a very forceful and dominant side, our tipster fancied a City win come the end of 90mins. Their 2nd half was more of what we have become accustomed to under the Spaniard. They raced to a 2-0 lead after Gael Clichy and Aleix Garcia found the net. Swansea weren’t too quick to reply, but eventually scored via a Gylfi Sigurdsson goal deep into injury time. The game finished 2-1 in our favour. A Man City victory.

The final game of the 7/1 HT Acca was a West Ham win after the first half finishing 0-0 at the Olympic Stadium. West Ham have had a below par season up until now and this first half performance was not much better. With the full faith of our inplay tipster, we backed West Ham to nick this game and win. What we saw for the following 45mins plus 5mins of injury time suggested that this was the one leg that would let us down. 6mins of injury time were added on and when you see that amount of time given, you have to keep the faith that a winning goal is coming. Cue the 96th minute and West Ham being given a dangerous free kick in an area that screamed Dimitri Payet. Payet collects the ball and places it. Ref marks out 10 yards for the wall and blows the whistle. Up steps Payet. Bends the ball around the outside of the wall… and the ball flies into the top right had corner of the goal! There it was in the 96th minute, the goal our 280,000+ followers had waited 45+ minutes for -the 7/1 HT Acca had landed in the dying moments of the final leg.

As always, we invited our loyal followers to embrace the moment and send in their winning bet slips to our Twitter page. Here are some of the winners for you to enjoy, below.