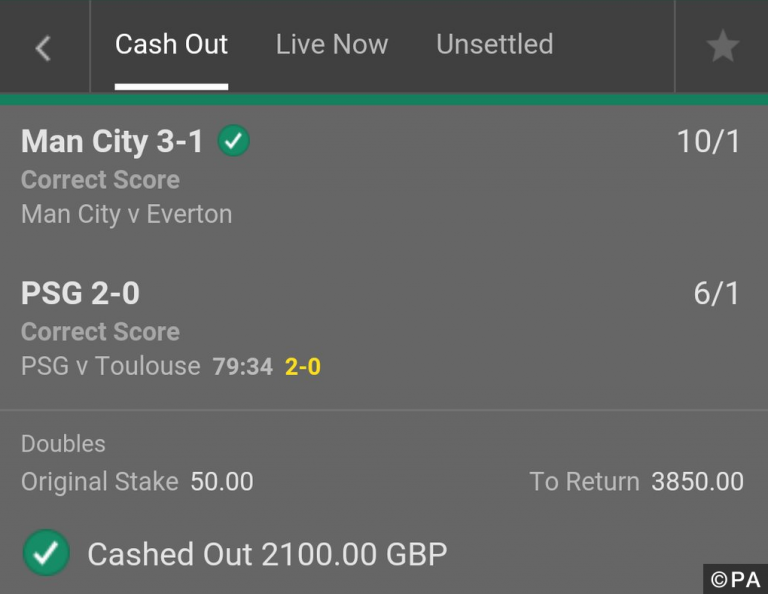 Dramatic scenes last night in our correct score win! The first leg was Man City to beat Everton 3-1 in the League Cup. which went as smoothly as possible and despite some late pressure in the dying seconds from Everton they held on for us. The big drama came in Paris, PSG took a 2-0 late second half lead thanks to a goal from Angel di Maria in the 72 minute. This meant we needed them to hold on for a nail biting 20 minutes to win! Toulouse then missed an 88th minute penalty which sealed the deal in squeaky bum time and PSG held on to win 2-0!

As always we like to give credit to the followers who send in their bet slips via Facebook and Twitter! With three correct score doubles winning in 5 days there were a lot of winning bet slips – 164/1, 10/1 and 76/1! 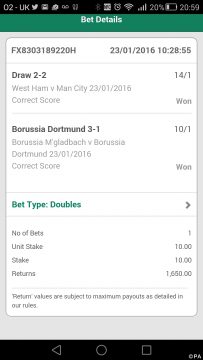 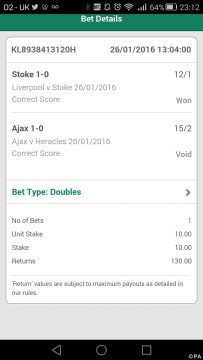 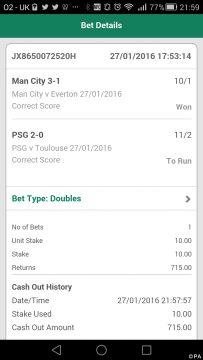 @FootySuperTips thanks again you wizards, I couldn’t risk it though pic.twitter.com/7nwMJu2e4c — Alex Ward (@wardy912) January 27, 2016

You must have a bet365 account to follow these bets so if you don’t have a bet365 betting account open one by signing up here! bet365 are the only bookmaker to offer a bore draw refund if the match ends 0-0 you will receive a refund – that’s how we won Tuesday’s at 10/1! New players get a £200 deposit bonus!

When is the next correct score double?

The next correct score double tips will  be posted Thursday 28th January and will be posted at 12pm with all the other prematch tips.

All bets are posted on our website everyday at 12pm during weekdays and 10pm the night before on weekends. Bookmark the Football betting tips page to make it easier to find each day.