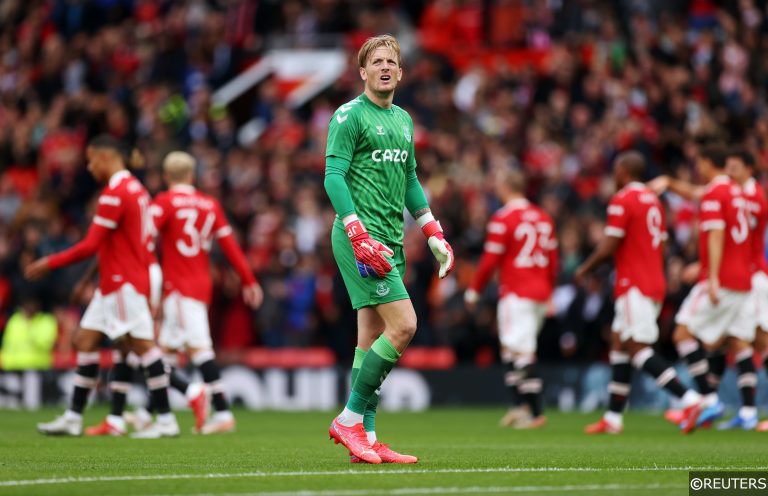 It’s just our second Monday Night Football of the new Premier League season and Everton are hoping to continue their great start with a victory. The Toffees could move joint-top of the league with a win over the struggling Clarets.

We’ve backed the Toffees to do the business in our Everton vs Burnley predictions. However, we’ve also put together a 77/1 Bet Builder if you’re looking for something slightly bigger than our 8/11 main tip. You can see our four same-game multi selections below.

Rafa Benitez has had an impressive start on Merseyside and the Toffees have taken seven points from a possible nine since his arrival.

Burnley have lost nine of their last 12 Premier League games and they look vulnerable to another defeat here with Everton looking strong. Back the hosts to capitalise on Burnley’s poor form and take the points.

Everton have seen Demarai Gray pop up with a goal in both of his Premier League appearances so far and the former Leicester man looks like an inspired signing. He’s getting chances and Benitez has given him freedom to roam in their attacking midfield trio.

Gray must be full of confidence heading into the clash with Burnley and we’re backing him to add to a brilliant start with a goal against the Clarets.

Doucoure has averaged 2.3 shots per game for Everton this term and he’s not afraid to take a pop from distance. The midfielder should get a couple of opportunities considering that his side will likely dominate possession against a more limited Burnley side.

Allan to be booked

Alongside Doucoure is Brazilian Allan, who has yet to be booked this term despite making 1.7 fouls per game so far. The former Napoli man picked up seven booking for Everton last term and he’s a prime candidate to be cautioned on Monday night.

Latest tips ahead of the return of the NFL!