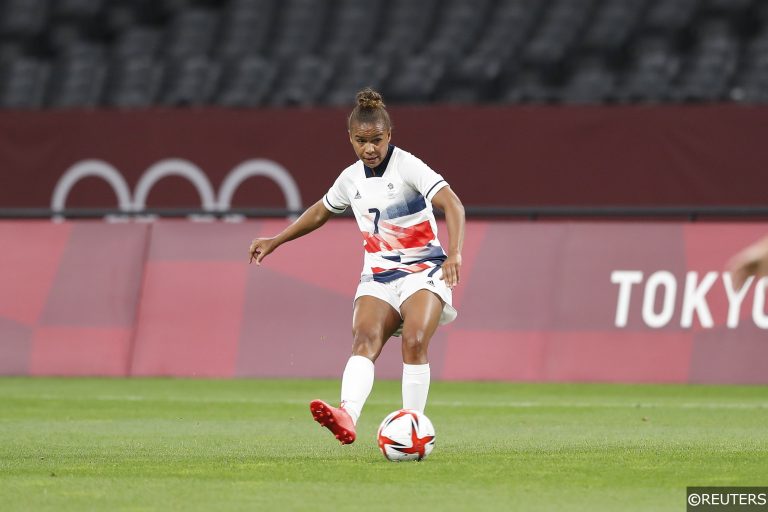 The knockout rounds of the 2020 Olympic football tournament begin this week, with Great Britain’s women flying the flag for Team GB in the last eight. They meet Australia in their quarter-final on Friday, a game which we’ve already covered in our match predictions.

However, we’re taking a more in-depth look at this clash here, having put together a 8/1 bet builder tip for the clash. You can see each of the selections from our fourfold below.

Back in 2016, just one of the seven knockout matches in Rio in the women’s competition featured more than two goals. We expect a similar kind of caginess to this clash, especially with under 2.5 goals landing in each of GB’s three group games.

What’s likely to make this even tighter is the fact that Australia drew 0-0 with world champions USA in their last game, which shows they are capable of matching anyone on their day. With the British side not yet looking to be in full flow, we’re starting off by backing Australia or draw double chance.

Following on from our prediction of a tight game, backing against a goal in each half seems like good value at 4/5. The British have scored all but one of their goals in Tokyo after 70 minutes, while the Australians should be defensively strong enough to get to half-time without conceding. Given that, a goal scored in both halves – no is our second pick.

Two of Australia’s three games at this tournament have seen at least two bookings, with three in the game against the USA. We think that makes over 1.5 cards a good bet for this clash, while we round things off with over 9.5 corners. Great Britain have averaged over five per game at this tournament and we see Australia being a match for them in almost every department, so we’re backing at least 10 corners with both sides likely to look to edge a close game through a set-piece.