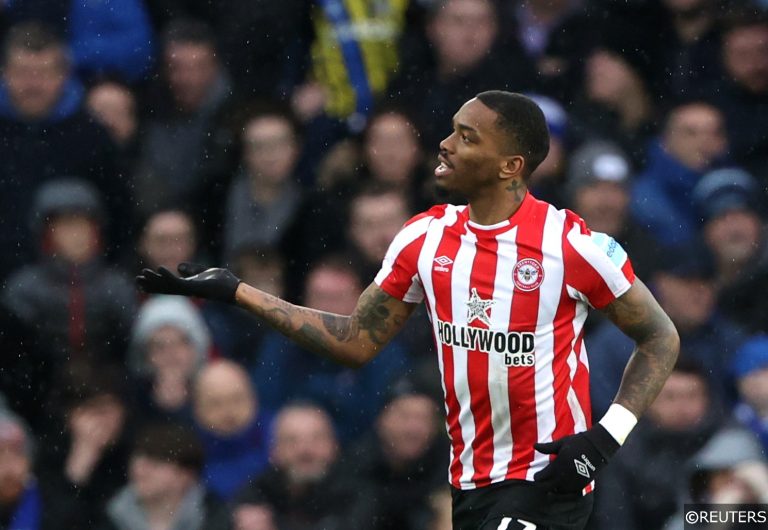 Qatar 2022 is just a few months away and, while the first ever winter World Cup has thrown more than a few spanners into the works, it does give us the opportunity to spent the entire first-half of the season getting hyped up for it.

One positive could be the fact players will not be burned out after an exhausting club campaign, and it also opens the door for plenty of players to make a good impression on Gareth Southgate in the first-half of the campaign.

We are just three weeks in to the Premier League season and a few top performers from the early fixtures have already shortened in the betting to be on the plane in November.

Of course, we will know a lot more after September’s international break but, for now, let’s take a look at some of those players that could be in with a chance.

Aaron Ramsdale and Jordan Pickford look almost nailed-on to be in Gareth Southgate’s squad but the third spot is potentially up for grabs and Dean Henderson has strengthened his chances.

His loan move to Nottingham Forest guaranteed him a club starting berth and a few solid performances, including a saved penalty and clean sheet against West Ham, have seen the 25-year-old shorten to 11/8 to make the plane.

Nick Pope is still the favourite at 1/2 but there’s every chance Henderson could close the gap in the next few months.

Kieran Trippier was a revelation for Newcastle after arriving in January before injury cut his season short, but the 31-year-old is back to full fitness now and is odds-on to make the squad ahead of the host of right-backs at Southgate’s disposal.

Trippier started the season with successive clean sheets but it was their most recent game against Manchester City that reminded the league of one of his most dangerous traits.

He fired in a stunning free-kick to put Newcastle 3-1 ahead against the champions and his set-piece threat cannot be overstated.

Captained by Southgate in England’s final group game in the 2018 World Cup, Eric Dier has found himself frozen out of the squad for the past two years but a transformation under Antonio Conte has brought the defender back into play.

The 28-year-old has found success in the centre of a back three for Spurs and has impressed with his defensive ability as well as his ball progression.

Southgate has often utilised a back three for England so it’s understandable that Dier’s odds have been slashed after a solid start to the season.

Two goals and two assists in three games, following on from a commendable 12 league goals last season, has seen Ivan Toney slashed to 6/1 to make the squad.

The Brentford marksman has proven he is no flash in the pan and his domination of Manchester United’s back-line last weekend will have caught Southgate’s eye.

After rejecting Jamaica’s call-up last year it would be a shame to see the 26-year-old miss out on an England cap.

Leicester may have endured a torrid start to the season but that has done little to lower James Maddison’s stock.

The elusive attacking midfielder has scored two and assisted one in his three outings so far and has all the talent to help England’s World Cup challenge.

However, he has just one cap for England so far and has to compete with the likes of Mason Mount, Phil Foden and Jack Grealish.

Highly rated when he signed for Crystal Palace in 2020, Eberechi Eze suffered an injury-hit season last term but has come storming out of the blocks this year.

He has been enormously impressive in Palace’s positive results against Liverpool and Aston Villa, including bagging an assist for their only goal of the game at Anfield.

Offering versatility across midfield and attack, Eze is clearly on Southgate’s radar after being called up to England’s Euro 2020 provisional squad before withdrawing due to injury.

Leeds have enjoyed a fantastic start to the 2022/23 season and Jack Harrison has been a key player in the still free-scoring Whites’ side.

He has registered one goal and three assists and his man-of-the-match performance against Chelsea at the weekend will surely have pricked Southgate’s ears up.

He does face stiff competition on the left side of the attack but if he can keep this level of performance up Harrison could cause Southgate a massive selection headache later this year.

One to watch – Anthony Gordon

With Everton floundering at the wrong end of the table, these odds do not look particularly appealing but that could all change in the next few weeks.

Anthony Gordon was the one shining light in an abysmal season for the Toffees last term and, while he hasn’t hit the heights of last season just yet, neither you nor Southgate should write him off.

The 21-year-old looks to be on the verge of a big-money move to Chelsea and if he can form a partnership with England regular Mason Mount that could see his odds shorten significantly.

In the Mixer: Experts pick their EFL Cup winners