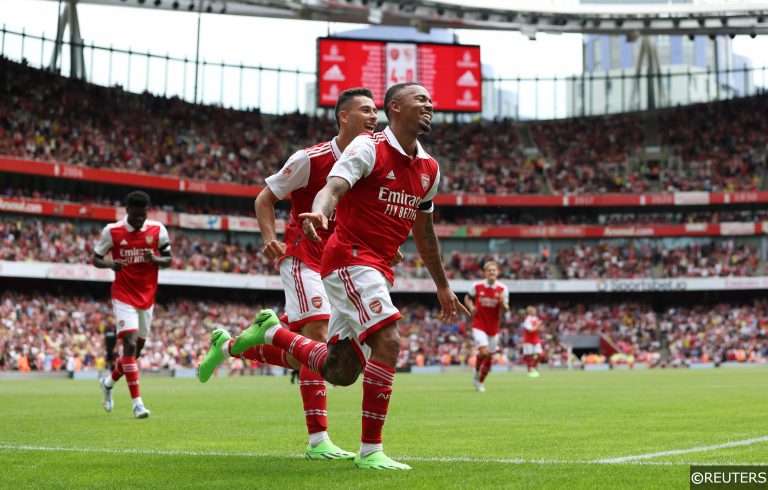 The EFL Cup second round kicks off on Tuesday night, with 13 Premier League sides joining the competition. Will one of them emerge as the winner next year, or will it be one of the big guns who join in the next round?

Our experts have taken a look at the contenders and the outright odds to pick out their best bet to lift the trophy. While the Big Six have dominated it over the last nine years, the winter World Cup has led to a few underdog selections.

Newcastle can end their trophy wait

With the crammed schedule owing to the World Cup, this season might be the year that a team from outside the Big Six has a solid crack at the EFL Cup given how far down the list of priorities it will be for the biggest clubs.

Manchester City have dominated this cup in recent years but make no appeal at the prices, the same can be said for Liverpool.

The 14/1 about Newcastle and the 16/1 about West Ham make some appeal at bigger prices. Both clubs would dearly love a trophy, particularly as they have endured long spells without one and they now have the resources to put together a deep squad that is necessary for such a cup run.

With a winter World Cup slap bang in the middle of the season, clubs prioritising competitions will likely become even more apparent this term and the EFL Cup is unlikely to rank highly for the so-called ‘Big Six’.

Manchester City and Liverpool will of course be in contention but are short enough, while Tottenham, Arsenal, Chelsea and – to a lesser extent – Manchester United will be focused on making the European places.

And so, out to make a statement but not having to contend with continental competition this season, Newcastle make the most appeal at 14/1. They are going from strength to strength under Eddie Howe and a trophy in the cabinet could be the catalyst for great things to come on Tyneside.

Newcastle’s Saudi-backed revolution is still searching for a spark and could find it in the form of the EFL Cup. With their Magpies’ Premier League status more secure after last season’s wobble, an end to the club’s well-documented barren cup run has to be next on the agenda for the new regime.

Eddie Howe’s side are defensively resolute with a sprinkling of match-winners further up the field; a nice mix for a cup run. With no European distractions, the 14/1 shots appeal to end the monopoly of the EFL Cup currently enjoyed by England’s elite, who could treat the competition with a large amount of disdain due to the World Cup.

The EFL Cup tends to be dominated by the Big Six, but the Fourth Round taking place just a couple of days after the World Cup final could blow the tournament wide open this season.

The usual six contenders are all reasonably priced but it’s Brighton at 20/1 who catch my eye. The Seagulls have enjoyed a strong start to the season and they are a tough outfit to break down, which should help them put together a cup run this season.

In a frantic year I can see the Big Six overlooking this competition, which could see Graham Potter bring silverware to the South Coast.

Even with a mid-season World Cup I still think Manchester City are worthy favourites for the EFL Cup, given their dominance in this competition in recent years, but at 3/1 there isn’t a great deal of appeal in their price so as an outside option Crystal Palace stand out at 33/1.

Admittedly, their record in the domestic cups hasn’t been fantastic but they did buck that trend to a degree last season with an appearance in the FA Cup semi-finals.  I like what Patrick Vieira has done during his time at Selhurst Park so far and to me Palace look a club on the up, so I don’t quite understand why they’re a bigger price than the likes of Everton (25/1) and Aston Villa (20/1) and for that reason they could be worth an each-way bet to go all the way in the EFL Cup this year.

Big Six are still a threat

It is somewhat difficult to make a case for a left-field choice, given Manchester City have won six of the last nine trophies with only Liverpool, Chelsea and Manchester United getting a look-in.

Obviously United won’t be winning anything anytime soon but there may still be an alternative to the usual suspects.

A few sides have made positive starts to the season and may tempt some at a bigger price – Arsenal, Brighton, Newcastle for example – while the impact of the World Cup could throw a spanner in the works.

However, a greater strength in depth, 14-year trophy drought and Antonio Conte might just make this Spurs’ year. The top-four race could ultimately consume priorities but with the help of a kinder draw and the options available to a serial winner, Tottenham may be lifting this trophy once more.

Squad depth is becoming even more important in the domestic cup competitions and since Swansea’s shock triumph in 2013, the last nine winners of the EFL Cup have been a representative of the so-called big six.

Manchester City have been the dominant force in the competition, winning it in five of the last seven years, and are worthy favourites to maintain their superiority, but split stakes on Tottenham and Arsenal at 12/1 and 14/1 are what appeals most.

Both sides have made the final within the last five seasons and each have started the season strongly, suggesting they have genuine top-four hopes. There is also greater competition for places in both starting line-ups so whatever team they deploy is likely to be strong enough to take care of most of their inferior opponents.

I’m happy to get on the early season hype and back Arsenal to win silverware this season, with the EFL Cup a realistic aim.

Mikel Arteta won the FA Cup in 2020 but his side are better than they were then, with the signings of Gabriel Jesus and Oleksandr Zinchenko proving a cut above, while years of sending William Saliba out on loan are paying dividends.

The emergence of that trio leaves the likes of Eddie Nketiah, Emile Smith Rowe and Kieran Tierney clawing for minutes and almost guarantees they’ll perform when called upon in a tournament like this.

Remarkably, especially when you consider their success under Arsene Wenger, Arsenal haven’t won this competition since 1993. Their newfound squad depth means this season provides the perfect chance to break their duck at 14/1.