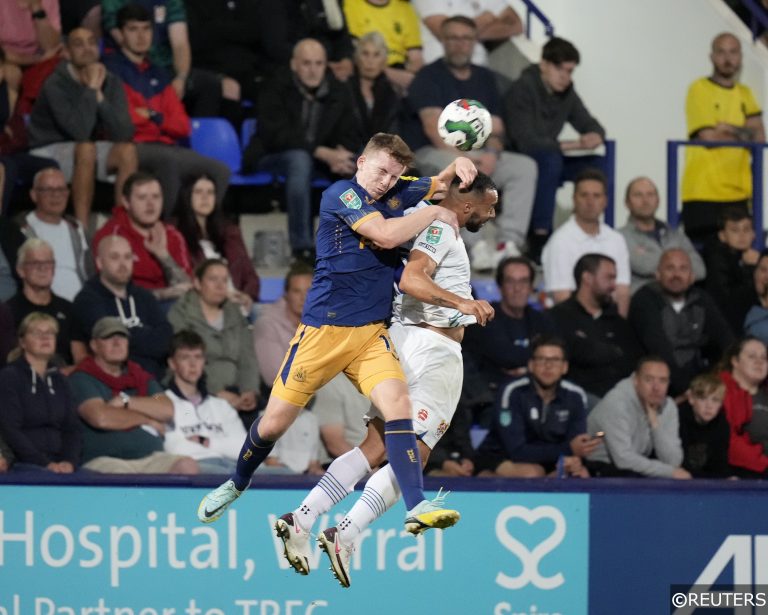 Newcastle have hit a good run of form, pushing them into the top six ahead of their visit to Tottenham this weekend. Things are trending the opposite way for Spurs, who are looking sluggish after a good start.

With Newcastle looking sharp, they head to London hoping to get one over Antonio Conte’s side. Ahead of the clash, we’ve picked out four tips on the game which you can back as an 81/1 bet builder!

Tottenham looked poor in their 2-0 loss at United in midweek, something which Newcastle can take advantage of. The visitors have lost only once in the league this term after 11 games, while they’re unbeaten in their last six.

Eddie Howe’s side have lost just three times across their last 19 in the league, so I expect them to hold out and avoid defeat at Spurs.

This is Almiron’s best scoring season already, having hit five goals this term. The winger has been in fantastic form of late, scoring in three of his last four outings. He has hit four goals in that run and he’s played a key role in Newcastle’s recent fine form, so back Almiron to strike this weekend.

Bentancur to be carded

Betancur has made 1.7 fouls per game in the league this term and he’s frequently in trouble at home. The midfielder has been booked in three of his five home Premier League games this season, while in all competitions he has been carded in three of his last four appearances at home. Following that run, back Bentancur for a booking.

Schar to be carded

Schar has picked up four yellow cards this season, with two of those coming on the road. The defender makes more fouls per game away from home than at St James’, so I can see him struggling in this clash with Harry Kane. The Swiss defender is good value for a fifth card of the campaign.