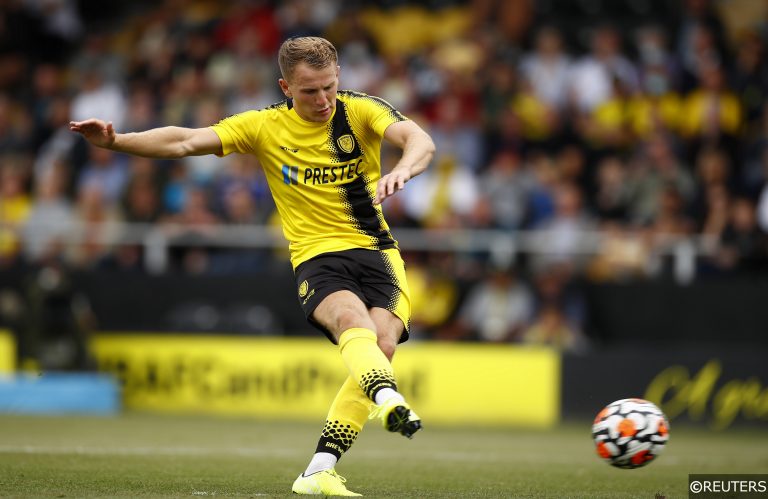 Monday night’s standout game comes from League One, which takes the spotlight during the international break. Burton Albion head to Bolton with the pair both out to build on high-scoring starts.

The two sides have seen plenty of goals so far and that’s reflected in our Bolton vs Burton predictions, while we’ve also picked up a 91/1 bet builder tip for the clash which you can back below!

These two sides have each made high scoring starts to the new campaign. Bolton have failed to score in just one of their five league games, scoring nine times in that run. However, they have defensive issues having kept one clean sheet so far.

Burton have conceded in five of their last six games, while Bolton have conceded six times in four home matches this season. Neither defence looks solid at the moment and we’re backing a high-scoring clash as a result.

With goals on the cards on Monday night Bolton striker Eoin Doyle looks best-placed to take advantage. The Irishman played a key part in firing the Trotters out of League Two last term and he’s scored in his last two home matches. We’re backing Doyle to be the latest player to trouble this leaky Burton defence.

As well as goals, we can expect plenty of cards in Monday’s clash. We have backed a player on each side to pick up a caution, with MJ Williams already seeing yellow on two occasions for Bolton this term. He sits just in front of the Trotters’ defence and we can see him ending up in the book again after seeing seven yellows in League Two last term.

As for Burton, attacking midfielder Joe Powell is among one of the most ill-disciplined at the club having committed 1.8 fouls per game so far this term. That’s already earned him two bookings this season and we’re backing a third for him on Monday night.