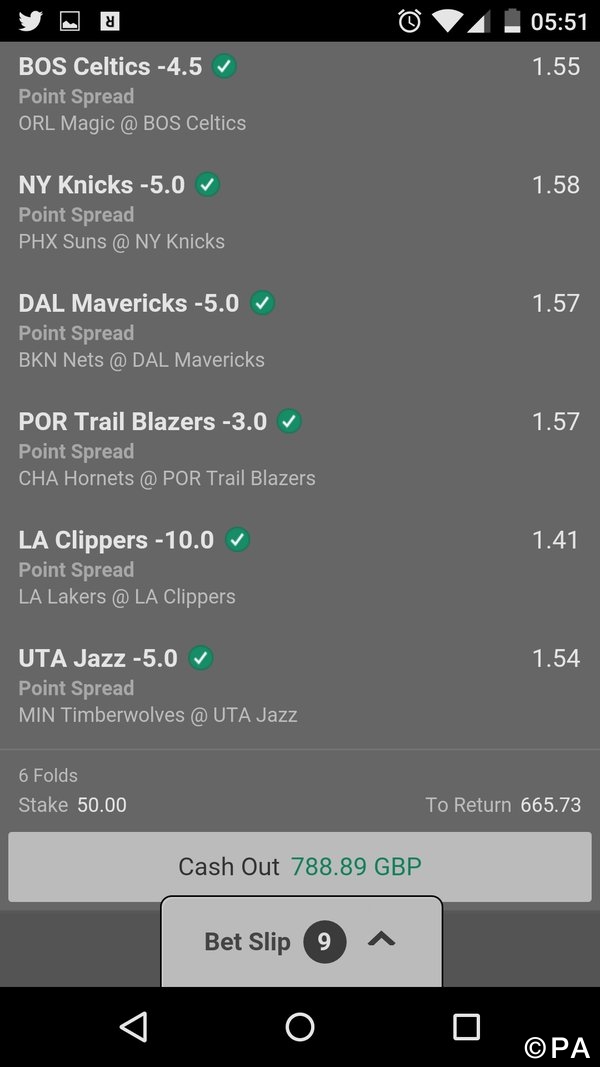 Our NBA tipsters are on fire this month, after landing our 12/1 NBA Accumulator Thursday evening, they made it back to back acca wins with a 10/1 winner on Friday night! Not only that we also landed our Daily Double again!

This made it a 5th winning acca for the month and our 17th winning Daily Double, taking January’s profit on the NBA to a huge £426.50 from recommended stakes! An incredible achievement from our tipsters!

Undoubtedly, Our Twitter feed went mental Saturday morning with tonnes of happy followers waking up to their winnings, What a way to start the weekend!

Send in your winning betslips for a RT!

Check out some of the winning bet slips that were sent in via Twitter:

2 days in a row waking up to a great win…. cheers again lads @FootySuperTips, hoping for a Booming Saturday 🙂 pic.twitter.com/x5vLocAfRD

@FootySuperTips You guys really are gods. Fuck every single hater out there. BOOOM!! pic.twitter.com/Md68btS1rA

We offer Free NBA Predicitons every night so make sure you bookmark our NBA Tips Page so you can join in the BOOMS!