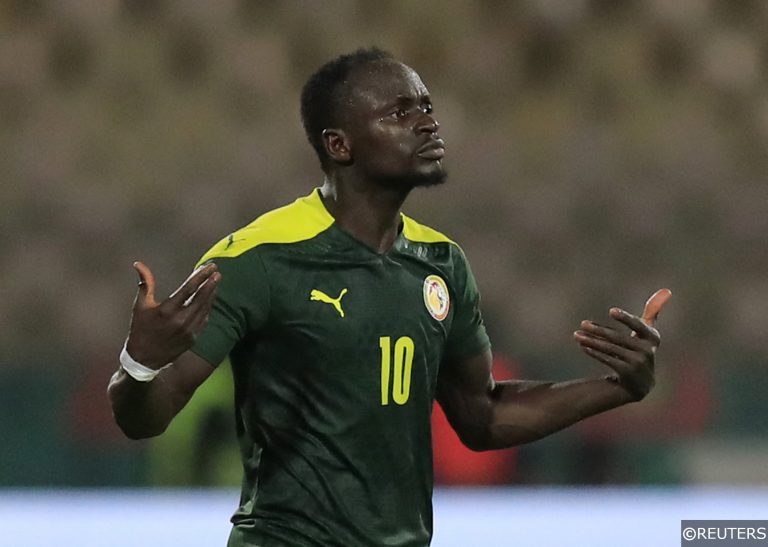 Senegal and Egypt face off in the Africa Cup of Nations final on Sunday and we’ve taken a look at some of the betting options ahead of the showpiece.

The tournament has been fairly low scoring with 94 goals scored in 50 games, ahead of Saturday’s third place play-off between Cameroon and Burkina Faso, at an average of 1.88 per-game.

Senegal initially struggled for goals and they managed just one in the group stages as one win and two 0-0 draws proved enough to see them top Group B. Since then, they have discovered their form in front of goal and have eight goals in their three knockout games but have conceded in each of their last two.

Egypt have scored just four goals in normal time at AFCON but have only conceded twice themselves. The Pharaohs’ games are averaging exactly one goal per-game, but we may see a bit more action in the final with so much at stake.

I’ve opted for a Sadio Mane goal in my match prediction for the final on the basis that he has two goals and two assists since the knockout stages began, but there are other options at bigger prices worth a mention.

Mohamed Salah is the obvious contender for a goal for Egypt and Senegal’s Bamba Diang offers good value at 7/2 as he has managed two goals already in the tournament.

Betfair have a plethora of #OddsOnThat specials available for the AFCON final and one big price option that has caught my eye is the 80/1 on offer for a Mane goal in each half and Egypt’s Mohamed Elneny to be carded.

Mane is clearly the Lions of Teranga’s danger man and is averaging two shots per-game, with 1.2 on target, so there is a chance he could score either side of half time, while Elneny picked up his second booking of the tournament in the semi-final win over Cameroon on penalties.

Senegal to score 2+ goals, Senegal 5+ corners and Egypt 2+ cards at a more modest 11/2 also has some appeal. Senegal have scored at least two goals in all of their knockout stage games and have only failed to win five or more corners in one of their six AFCON games, with Aliou Cisse’s men averaging 7.3 corners per-game in the tournament. Egypt have seen at least two players booked in each of their last two matches, and as the Pharaohs have played extra time in all of their knockout games fatigue could become a factor in the final and that often leads to cards.

Based on my match prediction and the above, I’ve put together a 34/1 AFCON final four-fold bet builder with the following selections which you can back below.