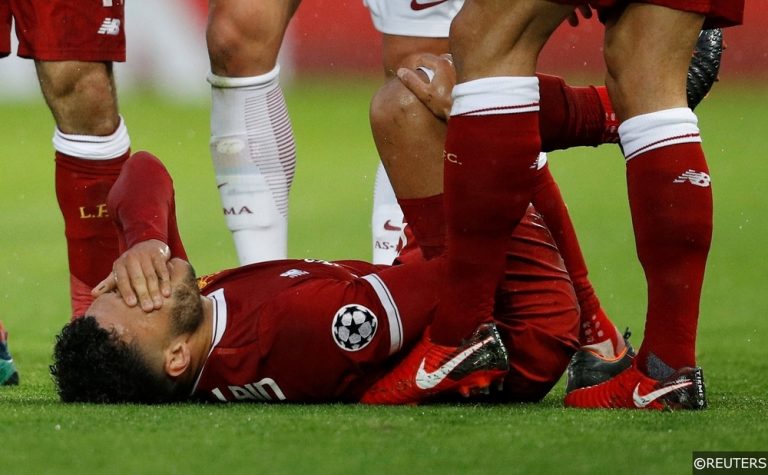 After producing some great performances in recent weeks for Liverpool, Alex Oxlade Chamberlain suffered a season ending injury in Liverpool’s UEFA Champions League clash against AS Roma on Tuesday night. The midfielder was forced off on a stretcher after a challenge on former Man City player Aleksander Kolorov which left him rolling in pain.

The news broke on Wednesday morning after a scan which showed knee ligament injury, he spoke out on Instagram shortly after. Georginio Wijnaldum is the most likely candidate to step in and replace him during Liverpool’s lunch time kick off against Stoke City this weekend in the Premier League.

Absolutely devastated to have picked up this injury at such a crucial time in the season. Gutted I won’t be able to play any further part now in our Champions League run for Liverpool, and also the World Cup with England. But now it’s all about supporting the boys and getting behind them. I know we have what it takes to do something special in this tournament. I’m going to give everything I have to make sure I’m back as quickly as possible. However, this all pales in comparison to how the family of the liverpool fan badly hurt before last nights game must be feeling. My thoughts are with him and his loved ones. Thank you for all your kind words, messages and support. I’ll see you soon. #YNWA

Liverpool teammates took to twitter in full support of Oxlade-Chamberlain following the news.

I wish you all the best and I’m confident you’ll be back even stronger than before.@Alex_OxChambo pic.twitter.com/1KRk53ISjH

It was a good night, but soured by the injury to the Ox, who’s been fantastic. Get fit soon mate pic.twitter.com/yMJagxPSrf

You will come back stronger, as strong as an Ox! Wishing you a fast recovery mate! #YNWA

Gutted for you bro! You will come back better and stronger 💪🏽🙏🏽

Liverpool have not put a specific timescale on the injury but have stated he “will begin a rehabilitation programme which will enable him to reach full fitness again as soon as possible, returning to action next season”. The reds will be without Oxlade-Chamberlain for their upcoming Semi Final second leg against AS Roma and the possibility of a Champions League final on May 26th.

The 24 year old started slow in the current Premier League campaign with Arsenal before heading to Anfield in late August, he moved to get more game time and hope to get a spot in Gareth Southgate’s World Cup squad this summer. He also missed out on Euro 2016 because of a similar knee injury.

How will the Reds cope without the midfielder and how much of a miss to England will he be?

Let us know your thoughts and who should replace him on the plane to Russia on our twitter page.

Get our World Cup betting tips and predictions bookmarked ready for the big summer tournament – our tips will be posted in the very near future!