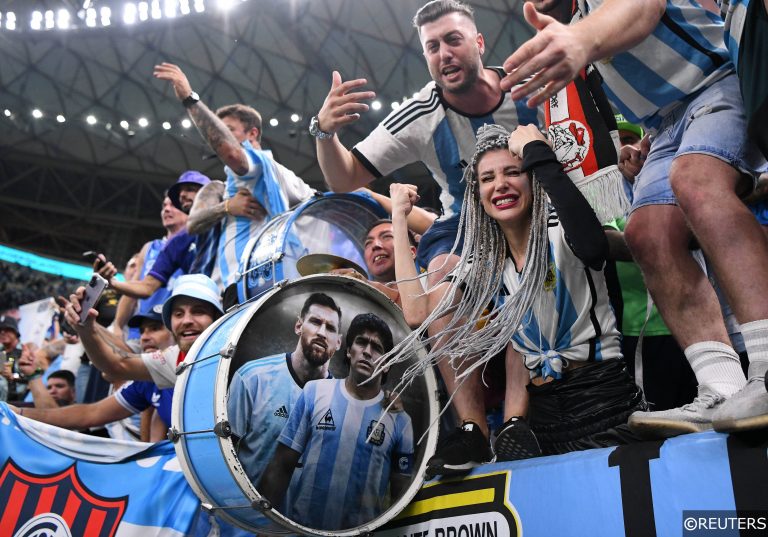 The first World Cup semi-final takes place on Tuesday as Argentina take on Croatia at the Lusail Iconic Stadium.

We’ve got the game covered in our dedicated Match Prediction section and have now put together this enormous 190/1 Player Specials Ultimate Bet Builder Tip for the first of the two last four ties.

Lionel Messi to score or assist

Lionel Messi suffered final heartache in 2014 as Argentina were downed by Germany, and the tournament in Qatar represents what is probably the last chance for a player many regard as the greatest to ever play the game to secure the biggest prize in football.

Messi has been incredible at times during this World Cup and has four goals and two assists in six games. The Paris Saint-Germain forward is central to everything Argentina do in attack and if they do find a way through against Croatia there is a good chance he will be involved.

Luka Modric to score or assist

Croatia have their own veteran superstar in the shape of Real Madrid playmaker Luka Modric. Like Messi, he brings that extra bit of quality to an otherwise workmanlike team and this is almost certainly the 37-year-old’s last shot at claiming a World Cup title.

Modric is yet to score or assist in Qatar but that isn’t really a fair reflection on his performances and he is averaging 0.6 shots on target per-game and 0.8 key passes. If Croatia are to reach a second successive final they need their star man to step up and a goal or an assist from Modric, at a big price, has real appeal here.

Ivan Perisic to have one or more shots on target

There are a few players who stand out in the shots on target market from an Argentina perspective, with Julian Alvarez and Lautaro Martinez obvious candidates. However, the value isn’t really there when it comes to the South American giants but the big price on a shot on target for Croatia’s Ivan Perisic does have real appeal.

Perisic has one goal at the World Cup and is averaging 2.6 shots-per-game. The 33-year-old does tend to relish the big occasion – he scored in the semi-finals and the final in Russia four years ago – so back him to at least test the keeper on Tuesday.

Alexis Mac Allister to be shown a card

Alexis Mac Allister was one of the few Argentina players who managed to avoid a caution against the Netherlands in the quarter-finals and is yet to receive a card in Qatar. However, he does have four yellow cards in 14 Premier League games for Brighton this season, and as such looks a good candidate for a card on Tuesday.

Dejan Lovren to be shown a card

Croatia’s Dejan Lovren was booked in the group stages, and he could be in line for a yellow card as the European nation attempt to contain Messi. Lovren is one of the more experienced heads in the Croatian defensive unit and will have to take some responsibility when it comes to keeping tabs on Argentina’s talisman, so he runs the risk of picking up a card.