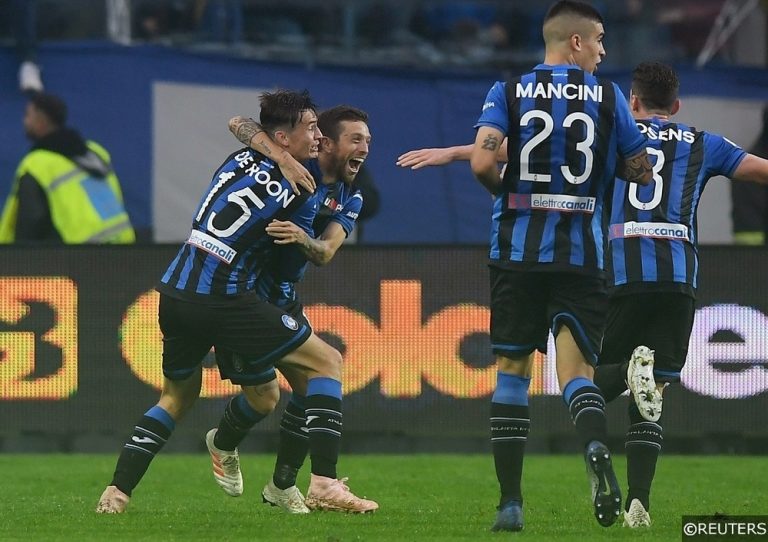 Saturday Night in Serie A is the latest major clash in Europe’s tightest top-four race. We’ve recently compared the contenders and looked at their betting odds in the Champions League chase. Two of the main sides in the fight are Atalanta and AC Milan, and the pair are going up against each other in Bergamo this weekend.

While the hosts may not match up to the prestige of the Rossoneri, they are serious contenders this weekend. La Dea have risen through the ranks in Serie A of late. Now they’re fifth, just a point shy of AC Milan in fourth. Ahead of this massive game in the fight for the final Champions League spot, we’re looking at where the match could be won and lost this weekend.

Piatek on the Rise 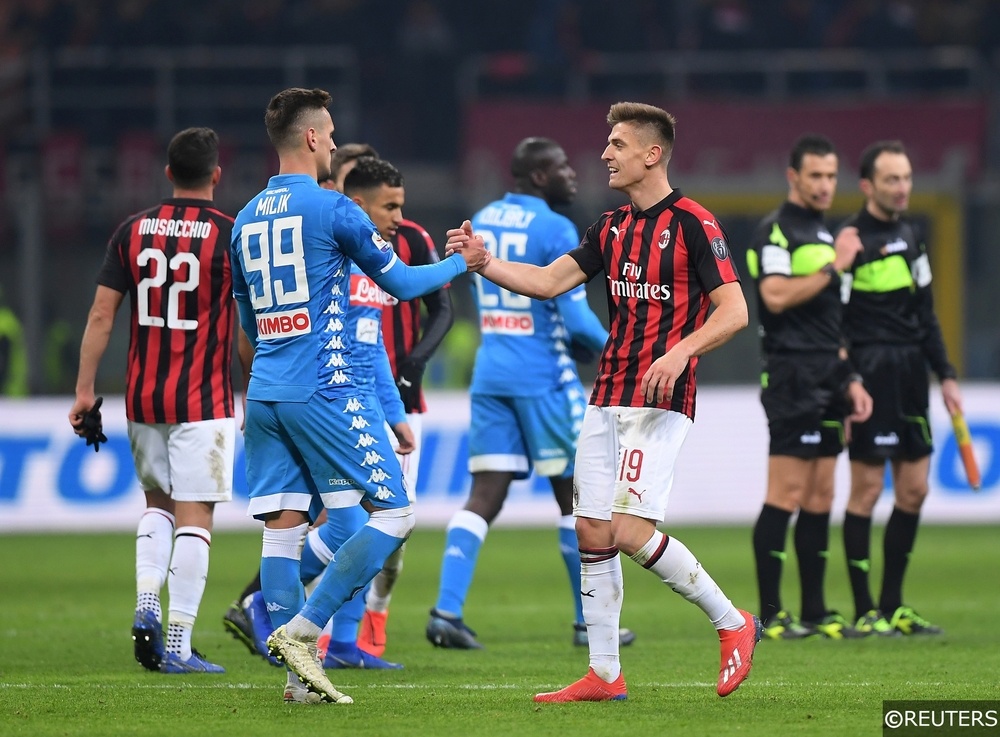 One big factor in this game is likely to be Krzysztof Piatek. The AC Milan forward has been fantastic for the Rossoneri since joining in January, boosting their options up front. The club have been trying to find the solution to their attacking dilemma in recent seasons, and the young Polish forward seems to be the right man for the role.

Piatek is still in his first Serie A campaign, so inexperience is always going to be a factor. The Polish forward will need support soon enough, as his scoring form can’t continue forever. Despite that, he is showing no signs of stopping right now. With four goals in three games for Milan, Piatek should be an important figure in this one. He’s also coming face to face with Atalanta once again, after scoring against them in a 3-1 win for Genoa back in December. That was his final goal for the Grifone, and it’s part of a run of nine goals in his last nine starts. He’s priced at 6/4 with BetVictor to add to that and score any time on Saturday.

The visitors come here with Piatek making the difference up front, but they’ve seen a big change in fortunes at the back. At one stage this term, Milan couldn’t keep a clean sheet. Now, the Rossoneri have conceded once in their last five games. That defensive resolve has helped them into fourth, but how are they going to fare against Atalanta? This is one of the biggest tests that any Serie A side can face, with Atalanta Serie A’s current top scoring side. Will Milan be able to lock-down Italy’s most potent attack?

Atalanta tend to start with a flexible front three, including a player who has outscored the highly rated Piatek this term. Duvan Zapata is has scored 16 goals in Serie A this term, adding another three in the Coppa Italia. He hit two past Juventus in the cup quarter-final, part of a run of 18 goals in 12 games. Meanwhile, AC Milan have an awful record against the very best sides in Serie A, with just one clean sheet this term against teams in the top seven. They’ve conceded at every top half side they’ve faced too, so we are likely going to see some problems for this in form Milan backline.

With that in mind, it’s worth considering that Zapata can be backed at 6/5 with Paddy Power to add to his excellent form. The form of the forwards here has also helped us to pick out both teams to score as our betting tip for Saturday’s clash.

How to Solve the Atalanta Problem? 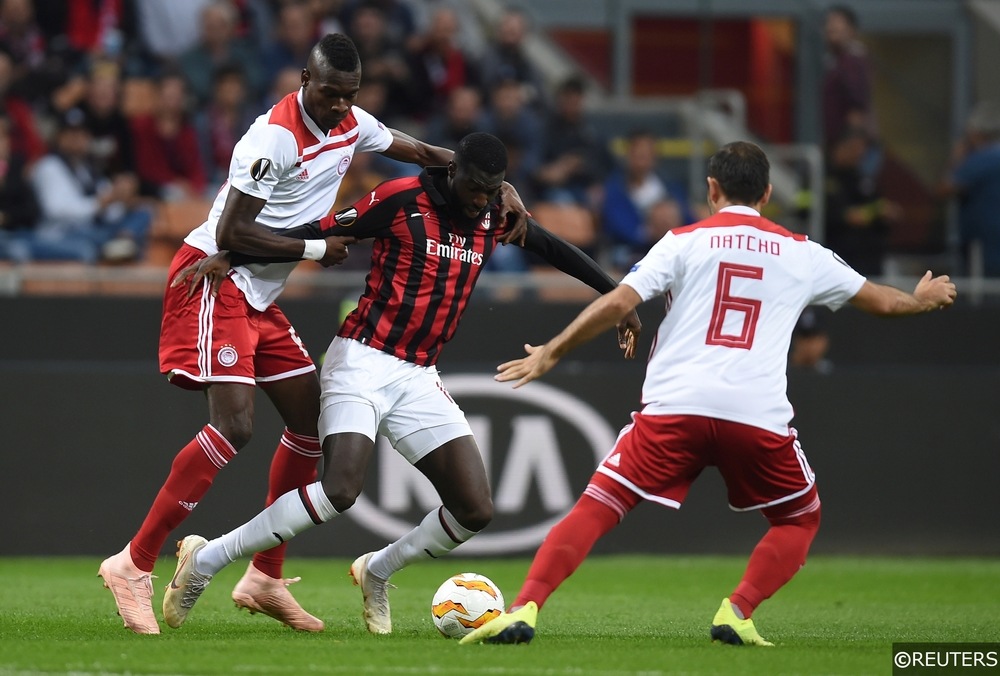 Part of what makes the hosts such a difficult side to play against is the fact that they have the ability to mix and match. Not only do they have a deep squad, but they can switch things up so well. They’re adept at winning battles in the air, while they can take opponents on with dribbles and they’re skilled at knocking the ball around. Holding them at bay right now is difficult.

That poses problems for AC Milan boss Gennaro Gattuso, who hasn’t been a stranger to switching things up. He has tried out various kinds of approaches in key clashes, not all of which have worked. They’ve improved their defensive record, but their habit of changing things for crunch matches could hold them back. The Pressure is on Gattuso to shut down his in-form opponents, but that’s going to be hard to do.

While Atalanta have plenty of talents, but wing-backs are key for the hosts. They have a versatile front three, who are supported by Timothy Castagne and Hans Hateboer on the flanks. A key for Milan will be forcing those two back, and taking advantage of the gaps which are left in behind them. The Atalanta back three cover a lot of ground, but they’re often caught short by width.

That’s not Milan’s strong point, who have a narrow front three. The visitors have Suso and Hakan Calhanoglu, who don’t exactly hug the touchlines. In their last trip, the Rossoneri managed just six crosses from their wingers or full-backs. That’s something Gattuso will surely be working on in the days leading up to this clash. 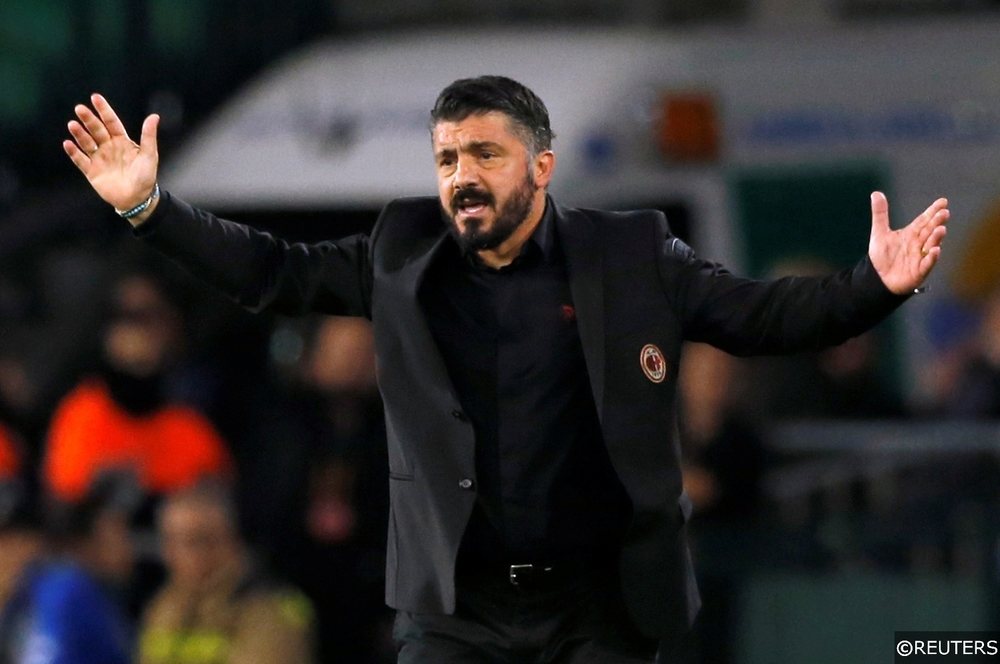 The Rossoneri are hoping to land a big blow in their quest for fourth, but form on the road could hold them back. The visitors come here without an away win at a top half rival all season. That’s a long-running problem for Milan. Over the last seven seasons, they’ve mustered just five away wins at top 10 sides combined. On top of that, they’ve never won more than once on the road against their fellow top-half sides.

Overall, Milan have failed to win 53 of their last 58 visits to sides who finished in the top half of the Serie A table that season. Last term they lost to four of the top five, failing to win at any of the top nine the season before. With a tight relegation battle expected, that form could hold Milan back. However, Gattuso has had far from a comfortable reign. Can he end a problem that’s hung over his side for the last seven seasons? He’ll need to in order to extend their lead in fourth.