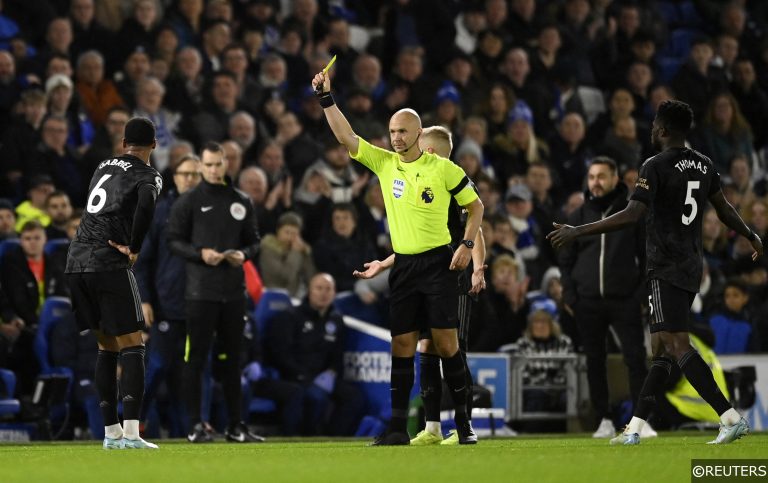 The Carabao Cup is reaching the business end and I am focusing on an emerging, niche betting market for Manchester United’s first-leg trip to Nottingham Forest on Wednesday.

Here, I’ve picked out four players that tend to get on the wrong side of the referee for a 5-1 fouls four-fold!

5/1 Fouls Four-Fold for the Carabao Cup

Only Ryan Yates has committed more fouls for Nottingham Forest than Brennan Johnson this season, with the Forest striker averaging over a foul per game. He has committed at least one in six of his last seven appearances, getting on the wrong side of the referee 11 times in that period.

Morgan Gibbs-White may not be an obvious candidate but the Nottingham Forest attacking midfielder has been putting himself about these last few weeks. He has committed seven fouls in his last four appearances, giving away at least one free kick in each of those matches.

Tyrell Malacia is expected to deputise for Luke Shaw on Wednesday and the Dutchman certainly takes a leaf out of Shaw’s book when it comes to putting his foot in. He has averaged over two fouls per game this season and has committed 14 fouls across his last five appearances. In his 18 competitive starts this season, Malacia has committed at least two fouls on 12 occasions.

If Shaw does start, substituting him in this leg also appeals. Shaw has committed at least two fouls in four of his last five appearances for Manchester United.

Casemiro’s suspension for Manchester United’s trip to the Emirates at the weekend is the perfect illustration of why he is included here. The Brazilian midfielder has been transformative in the middle for the Red Devils but his skill in breaking up play often comes with consequences. He has committed more fouls (30) than any other Manchester United player and averages 2.5 fouls per 90 minutes. Casemiro has committed at least two fouls in 11 of his last 15 starts for club and country.